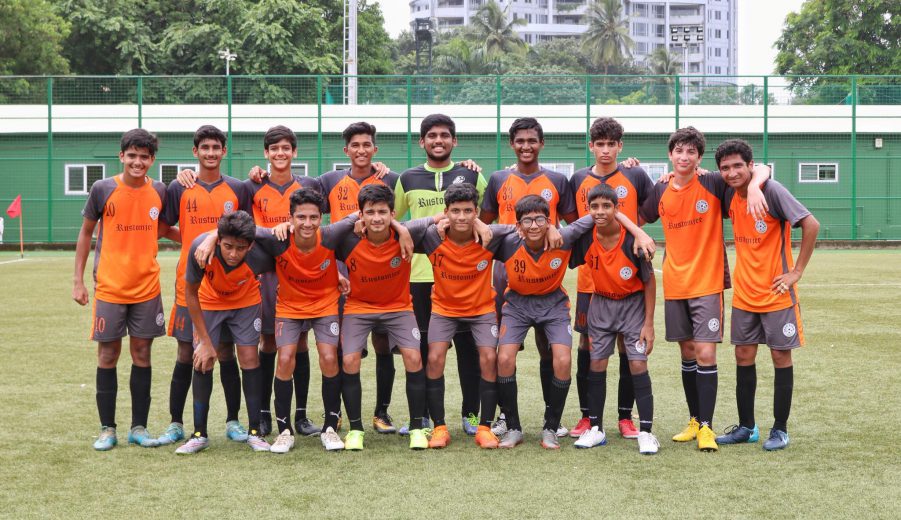 Day 1 of the Rustomjee MDFA Yuva president League U16 started off with a bang as the opening game of the tournament featuring Iron Born FC saw goals galore, in other games, Sunday Boys and Footie First pick wins

What better way to start a new partnership or a new venture than starting it on the day India won its freedom. the first official league of this newest venture in Mumbai Football, Rustomjee – MDFA Yuva president League kicked off today(15th August) with the ritual of Flag hoisting early in the day setting the perfect tone for the league.

With football beginning to take center stage in India, corporate like Rustomjee taking up responsibility of sponsoring Mumbai District Football Association (MDFA) is not only a huge welcome sight for the Mumbai football but also gives a huge encouragement to all other footballers and peoples associated with the game. Its not just the financial support that makes the difference, the values on which the organisation runs, as the director of Rustomjee Mr Percy Chowdhry puts it ‘Childhoods Available’ the fact that the organisation believes in the importance of giving children the space, freedom and opportunities for their development is also very invigorating, here is hoping for this new partnership to take Mumbai football to greater heights.

In a group A encounter, Riding on the hat-tricks of Raj Anil and Suraj Kumar, Iron Born FC hammered in a whopping 8 goals against a hapless YFA side to start off their campaign on high. YFA struggled against the combination play off Iron Born, crumbling under the sustained pressure of attacks from their Opponent. Apart from the two hat-trick heroes’ Nathanllo and Katib Aslam chipped in with two goals to complete the rout for Iron Born FC

In a group G encounter Sunday Boys thwarted off Mumbai Strikers early resistance to pull off a comfortable 3-1 win. Arjun Ranjith opened the goal scoring for Sunday Boys before Joshua Thomas pulled things back to level terms with his strike. However, a second goal from Arjun Ranjith followed by Arya Berde’s strike ended Mumbai strikers stiff resistance as the game ended at 3-1 score in favour of Sunday Boys.