Independence Cup Day 1 Round up: Upsets, Tie-breakers highlight of the day 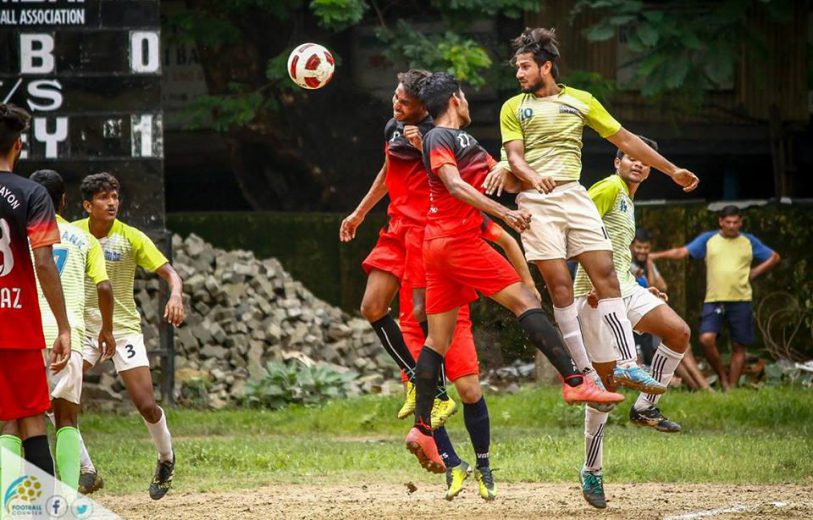 The day one of MDFA Independence Cup ended with conclusion of all the first round game as 8 teams enter the quarter-final round to be played on Independence Day.

With eight teams from MDFA Elite Division and eight from MDFA Super Division vying for the coveted trophy, the day began with Sea view club facing off against one of the title favourites Western Railways with latter producing a dominant display riding on Merwin’s hat-trick.

In the next game, MDFA Elite division club – Union Bank of India were given a scare by Super division side Sellebrity FC as they almost pulled off an upset when they took the game deep into the Penalty shootout. However UBI held on to their nerve as they came up on top in tie-breakers to setup quarter-final clash against Western Railways.

However in the third game of the day there was indeed an upset as, Worchuibei Kashy’s 4th minute strike led Century Rayon to a close 1-0 win over Dena Bank. The win sent the Super Division club through to next round where they would face Mumbai Strikers

In the fourth fixture of Round 1, Mumbai Strikers emerged victorious against CFC U-19 on tie-breakers after normal time ended with a goal less draw.

In the next game of the day, a clinical display of football from Millat FC led the side to a 4-0 rout over Sunday Boys. Kalpesh Rane opened the scoring in the first half before Adnan Ishke came up with a quick fire brace early in the 2nd half, before Kamran Siddiqui rounded off the 4-0 rout in the dying minutes.

In the 6th encounter of the day, another upset were on the cards as Super Division Club Kenkre FC edged Elite division side Central railway to a 1-0 win. Kamran Siddiqui’s goal at the end of the first half separated the two sides.

Kenkre’s upset was followed by another Super Division side HDFC defeating Elite division club PIFA Colaba. Ramesh Singh’s 18th minute turned out to be the difference of the game as HDFC claimed a 1-0 win

In the final game of the day, GMSC suffered a narrow loss against Mumbai customs as Sajjad Alam’s 6th minute strike was enough to send the Elite Division side through to the last eight