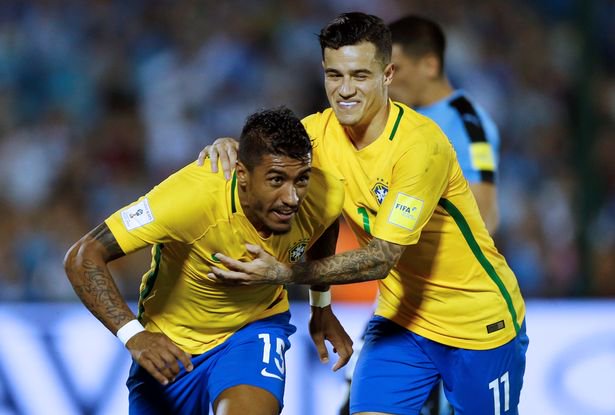 FC Barcelona are set to lose one of their Brazilian players as Paulinho has received an enormous bid from an Unnamed Club, AS reports.

The same report also suggested that amount offered to FC Barcelona is more than what they had paid to the Chinese club to sign him. Paulinho has a £109.1m release clause in his current contract.

He joined FC Barcelona last season from Chinese Super League outfit Guangzhou Evergrande. Tottenham Hotspur sold him to the Chinese club following his dismal performance for them in the English Premier League.

When Neymar Jr joined Paris Sent Germain from FC Barcelona, they were in a need to reconstruct their squad to be able to battle in the Spanish Laliga.

Numerous players, who had been impressive in Europe, were linked with a move to FC Barcelona. But they decided to go for Paulinho, who was then plying his trade for Guangzhou Evergrande. He displayed a string of impressive performances for them. It even earned him a call-up to the national squad.

However, on his return back to Europe, Paulinho has managed to display decent performances. He made 34 appearances for FC Barcelona in league matches this season and bagged 9 goals. He was influential in their squad, helping them clinch both La Liga and Copa del Rey.

Meanwhile, FC Barcelona are also looking for apt players to bolster their squad. Their attempts to sign Antoine Griezmann turned futile as he decided to extend his stay with Atletico Madrid. They are also closely monitoring the developments of few other players.

Despite having a domestic double in the previous season, they were unable to win the UEFA Champions League. Hence, they will be looking to add more players to their to squad make that happen next season.