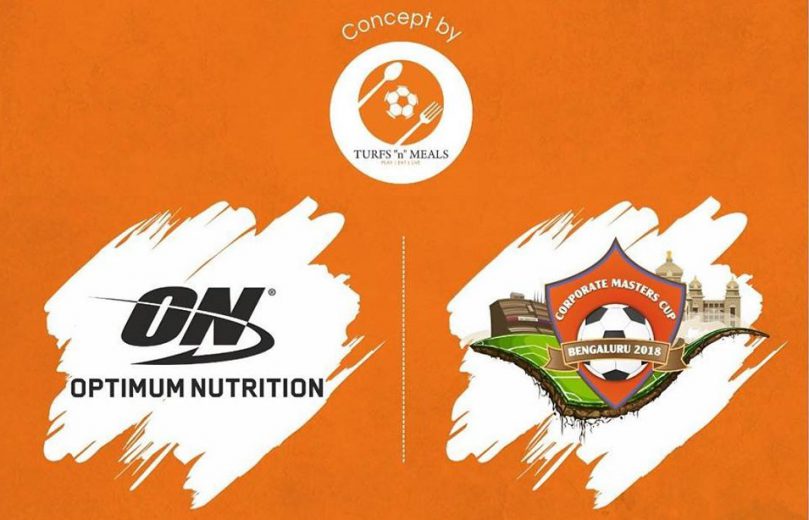 Twenty major corporate teams will be fighting out for the penultimate prize in 3 separate categories to be crowned as the Masters of Bengaluru.

After a massive success at The Corporate Masters Cup Mumbai and Pune Leg, The tournament has now reached its next stop Bengaluru. The tournament is being conceptualized by Turfs’n’Meals, who is organizing its 4th Corporate Tournament this year with more than 100+ team engagements in 3 cities (Mumbai, Pune & Bengaluru).

Their Sole purpose is to popularize corporate tournaments in various cities across the country, namely Mumbai, Bengaluru, Pune, Hyderabad, Chennai and many others. The Director of the tournament Mr. Sandeep Shetty states, “The purpose of such tournaments is to make sure more and more corporate companies come out and participate in such events, which will help their employees stay fit both in and out of the office.

After successful edition in Mumbai and Pune, Sandeep Shetty and his team have put in lots of effort to make sure that the Bengaluru edition of the tournament is a huge success too. The inaugural edition of tournament in Mumbai saw 32 teams participating for the men’s competition while 4 teams challenged for the ‘Women of the corporate’ Cup.

The Bengaluru edition will see 20 teams competing for three trophies. Teams have been divided into 4 groups with top 3 teams from each group heading towards Gold, Silver and Bronze Cup respectively. Cerner and Oracle will be starting as the favorites for the tournament while teams like Infosys, Accenture and Ocwen could turn out to be the dark horses of the competition.

Rules and Regulations for the the tournament: Corporate Masters Cup-Rules 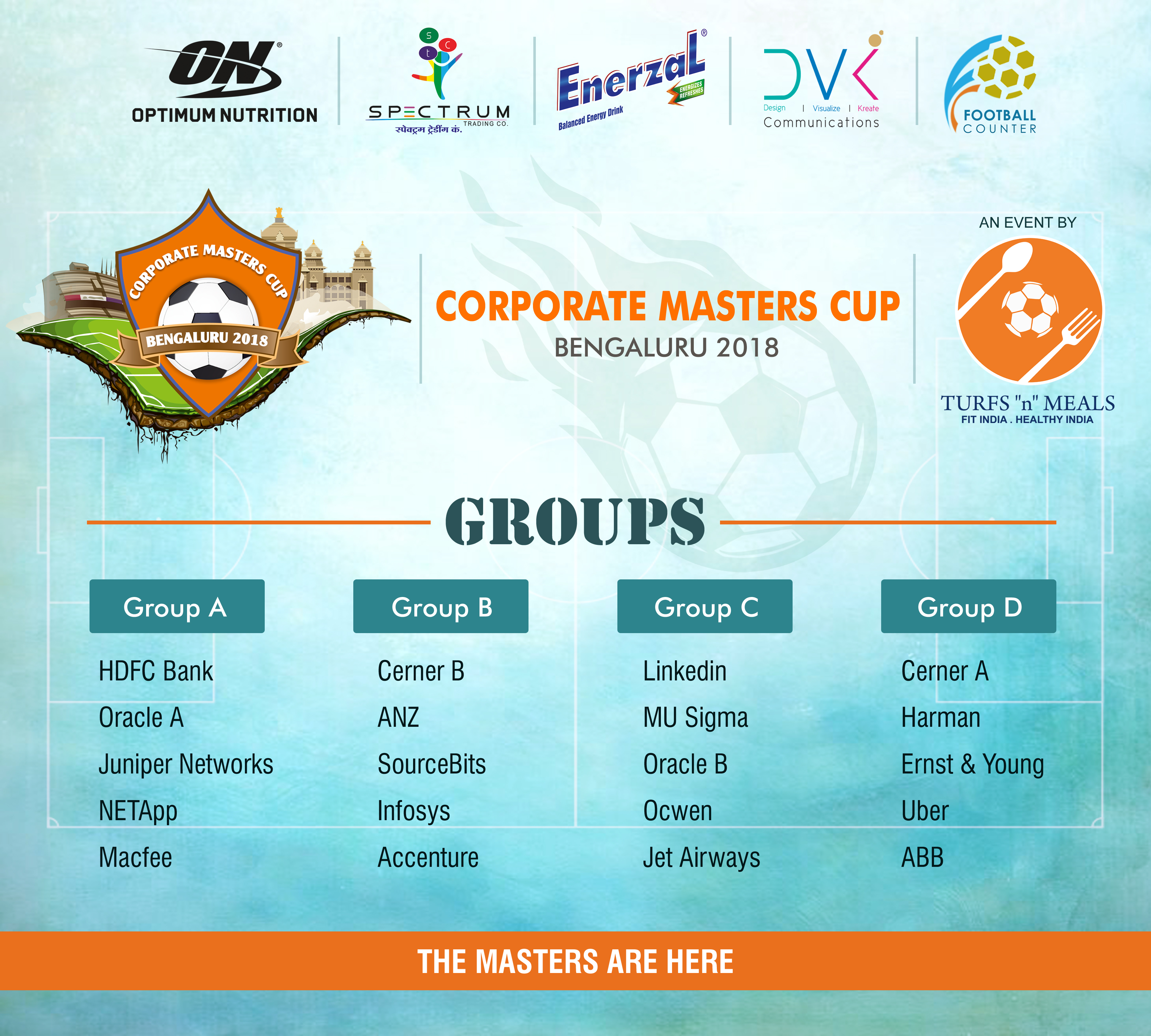 The event is being Sponsored by Optimum Nutrition and partnered by Enerzal, Spectrum Trading and Football counter