Aizawl travel to Barabati to take on Indian arrows 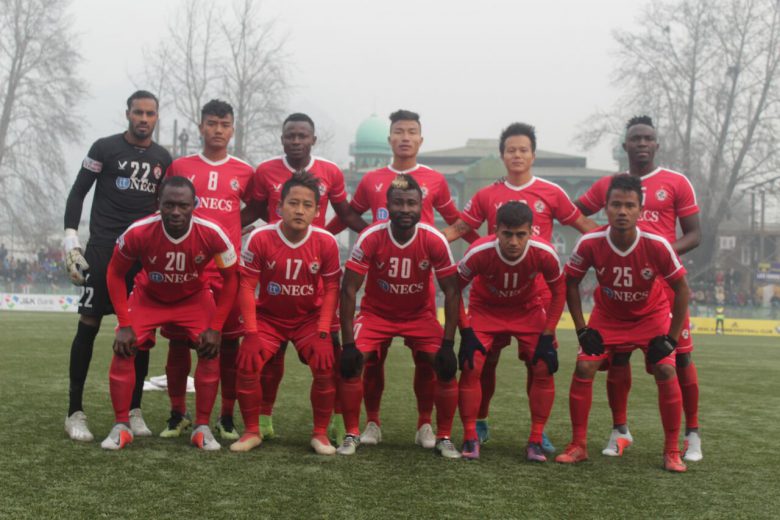 Cuttack, December 13, 2018: Former champions Aizawl FC travel to Cuttack’s Barabati stadium to take on the Indian Arrows on Friday, December 14, 2018. The 39th game of the 12th Hero I-League is scheduled for a 5 PM IST kick-off.

In what will be a bottom of the table clash, Aizawl go into the game lying ninth on the table with five points from eight games while Arrows bring up the rear with just one win and five losses in the six games they have played so far.

Both teams will be eyeing a win, albeit for completely different reasons.

For the side from Meghalaya, this will be the end of a near two-week journey on the road traversing the length and breadth of the country, made more arduous by two deflating back to back defeats. Coach Gift Raikhan will need to point to the team’s goal-scoring prowess to inspire his lads for one major push towards securing a win before they head back to the comforts of home, where their next three games are lined-up over a period of next 30 days.

Indian Arrows coach Floyd Pinto, on the other hand, will know that his side despite being bottom placed has not quite been blown over or overwhelmed in the league campaign so far and that this would be a perfect chance to pocket a second win against a jaded Aizawl, further disheartened by sound back to back defeats.

Both teams go into the game after suffering heavy defeats away from home, the home side against Neroca and the visitors against Churchill Brothers. The former champions are up on the head to head count having won one of the two games between the sides previously, but the Arrows have managed to hold Aizawl once.

Aizawl’s problems have stemmed from an inexperienced and wobbly defence which has conceded as many as 15 goals, second behind worst conceders Shillong with 22. Their opponents have also conceded 12 and that gives Aizawl the edge in the game, given that they have scored nine times so far to the two that the Arrows have managed.

Raikhan will be banking heavily on his front men, namely Ivorian Zikahi Dodoz, Liberian Ansumanah Kromah and Mapuia, to see him through with their goal scoring instincts in this game. Between the three of them, they have scored seven of Aizawl’s nine goals in the campaign.

The Aizawl coach acknowledged in the pre-game chat that his team was not in the best frame of mind saying, “The team is a little bit down because of two back-to-back losses but this is football. We have to handle situations like this. We have been preparing well and motivating each other and therefore, our boys will execute well.”

“I have known Indian Arrows very closely. They are an experienced team. This is their second I-League season and they are well experienced now. They know their opponents in and out. It won’t be easy for us, but our team knows the importance of the game.”

Floyd Pinto, on the other hand, will be hoping his team gets back to keeping the lion’s share of possession in the game, to begin with, a trait which they seemed to be losing recently, especially as they have been coming up with overtly physical teams. They are at their best keeping possession and controlling the pace of the game which is when they create attacking opportunities as well.

He refused to give Aizawl the edge in a pre-game chat, “Judging from our last performance, it is not about Aizawl but it’s about us. As a group, as an individual, as a team, as players and a coach we are disappointed. In the way, we defended our last match.”

Hinting on the tactics they are likely to adopt at least initially on Friday, Floyd said, “I think this match is a chance for us to put up a good defensive performance and take it forward from there. If you look at the table, it is added incentive for us as if we win tomorrow we go two places up. That will motivate us before the match and we are looking for a much better performance from our boys.”

Floyd has also experimented a lot with his developmental side and it remains to be seen who among his perceived goal scorers take the field on Friday from among Aniket Jadhav, Rahim Ali, Abhijit Sarkar, Rohit Danu and Vikram Pratap Singh all of whom have been tried out till now. The rest of the line-up has a somewhat settled look to it.