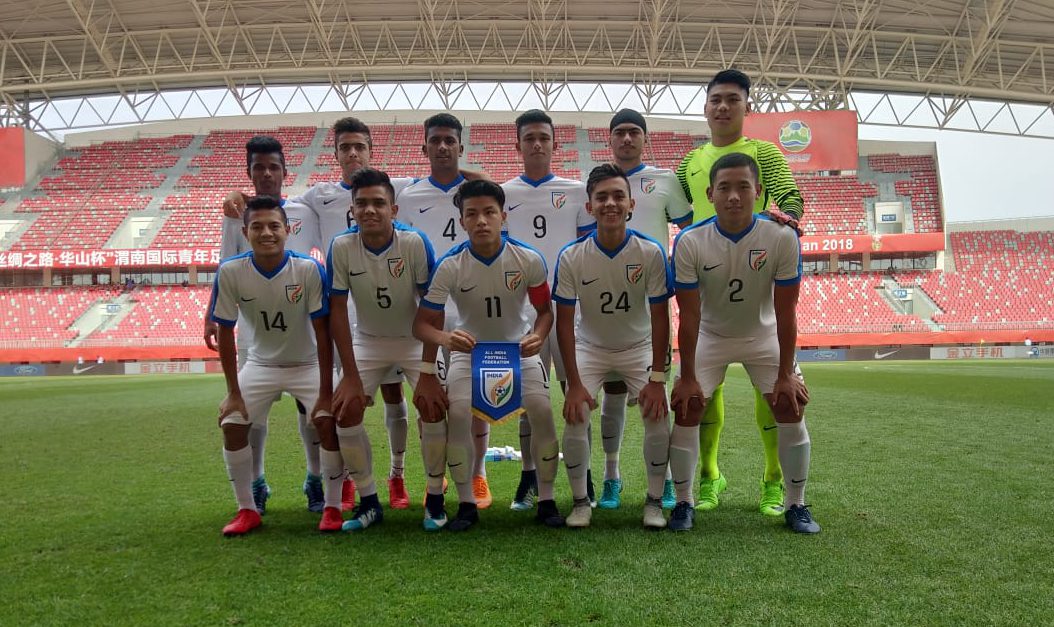 Vikram Pratap Singh’s equalizer goes in vain as late strikes from Thailand downs india to their 2nd successive defeat of the campaign in the Four-Nation International Tournament.

Two lapses of concentration, the first in the 88th minute and the other in the 90th minute proved costly as Thailand capitalised on the same to score two goals in the last three minutes. The Indians, however, started the match on an attacking note and tested the opposition defence early on. In the 9th minute, Vikram Pratap Singh shot inches wide of the goal as the Indian U-16s pressed to take an early lead.

In the 12th minute, Rohit Danu released a pass for Givson inside the box but the latter failed to make the most out of the chance. The best chance for India came in the 15th minute when Rohit Danu’s rasping shot beat the opposition custodian bewildered but was cleared from the goal-line.

Thailand, nevertheless, were not to be suppressed and their persistence eventually paid off when the surged into the lead in the 41stminute. Changing over, the Indian Colts came out with all guns blazing and restored parity in the 48th minute when Vikram’s shot bulged the net to make it 1-1.

Five minutes later, the Thai custodian made a howler as he dropped a Shabas cross from the wings, but manage to recover quickly to keep out a shot from close range by Ridge De’mello. Thailand struck the woodwork in the 70th minute. It was in the 88th minute when they regained their lead and then added another in the 90th minute. The Indians went out after that but it was too much of a task.

The Indian U-16s next face DPR Korea next in their final match of the Four-Nation Tournament on July 07, 2018.