ISL : Will the International break help the champions find their feet 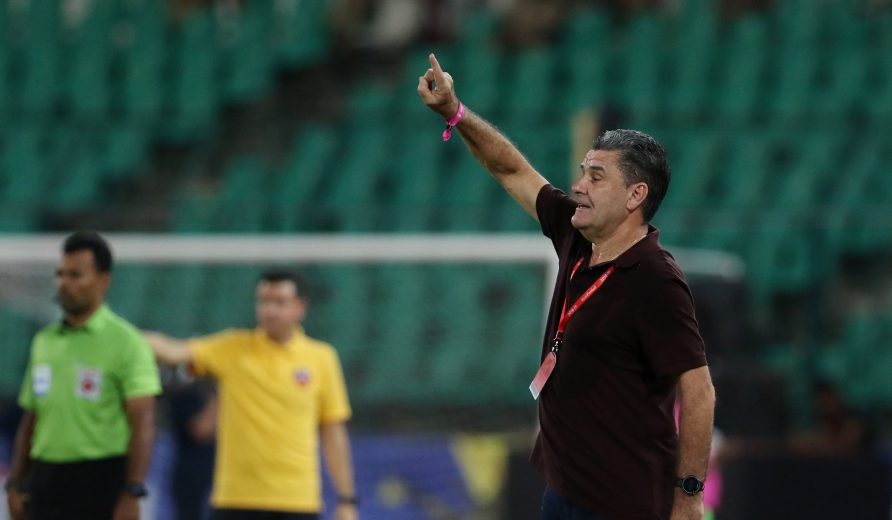 Winning a title is one thing and defending is another. Off the past four years, Hero Indian Super League (ISL) has seen two clubs i.e. ATK and Chennaiyin FC winning the coveted trophy twice, but no club has ever been able to retain the title.

ATK, who won the inaugural edition in 2014, though came closest to it in 2015 when they reached the play-offs but were defeated by eventual champions, Chennaiyin FC.

Though ISL 2018-19 season is still in its early days, but if the first two games of Chennaiyin FC is anything to go by – the defending champions are certainly struggling to find their feet. The case is no different for ATK as well who have had a similar start to their campaign – even though they are not in the race as CFC to retain the title. For ATK the pressure is more since a lot is expected out of them.

Off the first nine matches of this season, the two former champions are the only clubs yet to open their account. Chennaiyin FC begun the season with two defeats in a row against Bengaluru FC and FC Goa. ATK haven’t fared well too. Steve Coppell’s men were beaten by Kerala Blasters and NorthEast United at home. But more tellingly, the Kolkata giants are yet to score a goal while conceding three.

“It’s certainly not the way we wanted to start. This league is like a 400 metres race. So, we will come back. We have a few days of rest now before the next game. It will be a difficult game against Delhi (17 Oct). We will be working hard and try to bounce back,” said Coppell.

Coppell has had a revamped squad with several star players brought in like Manuel Lanzarote (FC Goa), Kalu Uche (Delhi Dynamos), John Johnson (Bengaluru FC) and Everton Santos (Mumbai City FC). However, the Englishman has not yet been able to get his team to gel properly resulting in incoherent performances in attack. Coppell is traditionally a slow starters and he will want much more from the team in the coming games. A win against Delhi Dynamos will be a good way to start the next phase of the league and ensure they do not fall into a rut.

John Gregory have had problems of his own at Chennaiyin FC where the porous midfield has been a cause for concern. In the injured Dhanpal Ganesh’s absence, Chennaiyin started with Germanpreet Singh and Issac Vanmalsawma against Bengaluru FC before Anirudh Thapa replaced the latter when FC Goa came calling. Germanpreet and Thapa were overrun by the FC Goa midfield as they clinched a 3-1 result.

Another concern for Gregory will be the form of Jeje Lalpekhlua who has been listless up front in the first two games. “The pressure’s all mine. I’m the leader and it’s down to me to get results. It’s down to me to prepare the team and make sure the team does well. We’ve had two punches down the throat, just like the other team with an English coach (ATK),” said the Englishman.

The ISL’s first break could be a gift for the two clubs. It would be interesting to see how the two English coaches have used last week to introspect and strategies a comeback.