‘Forza India’ Academy to launch its second centre in Andheri 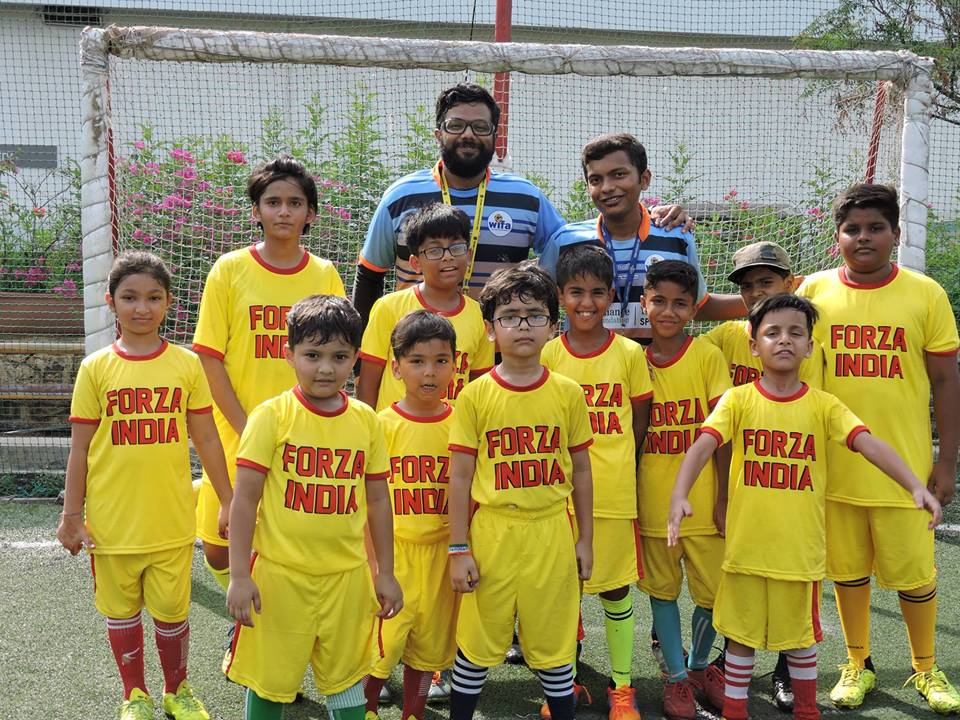 After garnering a positive response in the last couple of months, ‘The Football StartUp’ is all set to launch their second centre at Andheri (East) after Malad (West). The founder Ajay Menon named his academy ‘Forza India’ which is a term widely used in Italian Football. Ajay is a life-long A.S Roma fan and after working in the field of shipping and logistics as a sales and marketing executive, he decided to listen to his dreams.

The Academy was launched in April 2018 with the first batch of the students were trained in Inorbit Football Turf, Malad (West). “The principles that I want to pass onto the students are based on the backbone of Italian football,” Ajay said.

“Right from the start, the students are taught the basics along with creating a tactical awareness and building teamwork. The aim is to create a holistic footballer on and off the pitch,” Ajay further added. Currently, ‘Forza India’ have two coaches under their belts and they are setting up their second centre at Andheri (East)

“We are coaching kids from the age groups 6-12 years old and intend to coach all age groups in the near future. Going ahead, Forza India aims to start multiple centres across the city. We also plan to participate in tournaments local and national soon with the dream of having a women’s team competing in all age groups.”

“I also intend to take the students of ‘Forza India’ to Rome in the summer of 2019 to give them an international exposure and train at the Trigoria (AS Roma training centre) like Totti and De Rossi,” Ajay Menon concluded. This sounds like a huge plan and if everything falls into place, ‘Forza India’ will be able to create a big platform for all the aspiring footballers.