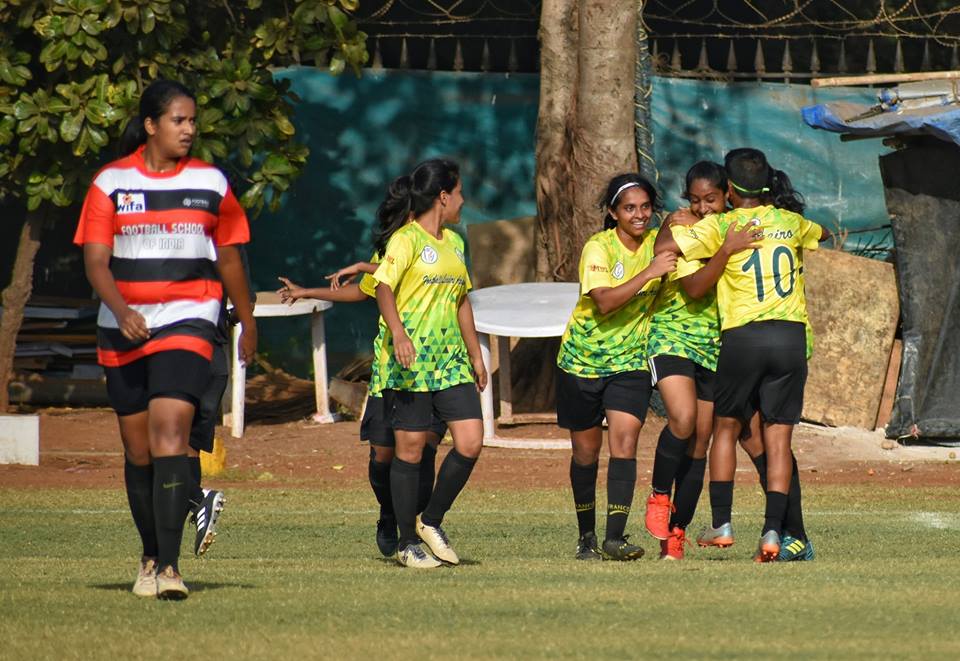 30th April 2018, Mumbai: Football Leaders Academy (FLA) have become the champions of MDFA Women’s Division 2018 after securing 1-0 win over Football School of India (FSI) in the final at Bombay Gymkhana Football Ground. In the other fixture of the day, FC Mumbaikar romped home with a 3-0 win to finish the season at 3rd place.

After securing a hard fought win over Bodyline in the semi-finals, Football Leaders Academy (FLA) came in to the final fixture meeting Football school of India (FSI), who had themselves secured a win through Tie-breakers in the other semi-finals. After a cagey start, Priya Tiwari’s 24th minute strike put FLA into an early lead. Despite several attempts to score, FSI failed to break a resolute FLA defence as the game ended at 1-0 score line.

A heart breaking semi-final loss on penalty shootout was quickly overturned by FC Mumbaikar as they registered an emphatic 3-0 win over Bodyline to secure a 3rd place finish in MDFA women’s league 2017-8. Sujata Kar’s struck a quick brace while Puja Das chipped in with one as FCM took an 3-0 early within the first half hour of the game. Although Bodyline performed better as the game progressed they failed to make any impact on score line as the match ended at 3-0 score line.