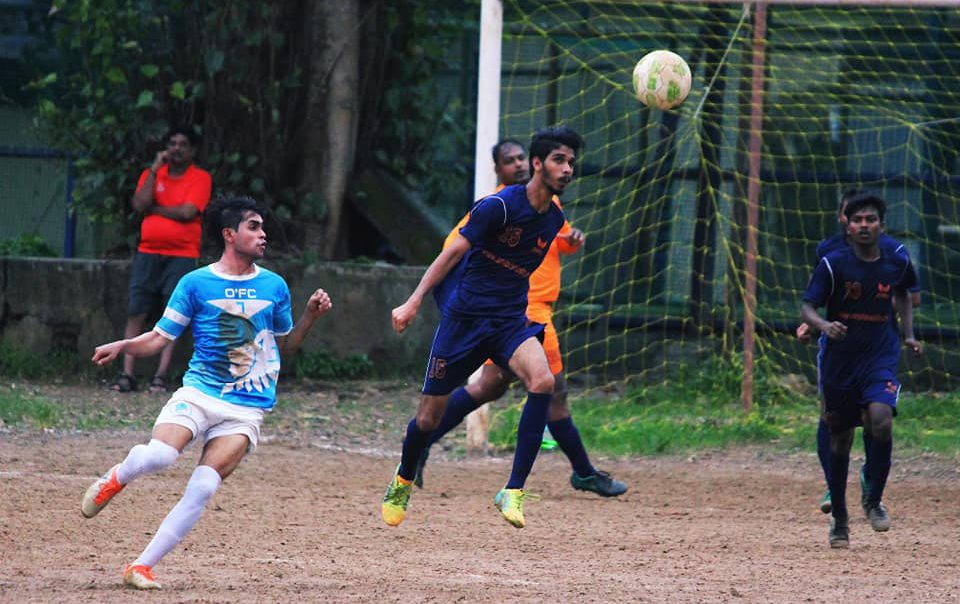 Against one of the top teams of the MDFA 3rd Division, KSA Ambitious FC pulled off a memorable performances to hold of defending champions O’sheish FC to a goal less draw.

Both teams came into the game on the back of wins, while KSA Ambitious FC started out with 0-1 defeat in their opening game against FC Cosmos, they followed it up with an impressive 1-0 win over Mumbai Meghwal FC in the very next game. Meanwhile at the other end, O’sheish FC continued began their third division campaign with two back to back wins against B.S.Pasi FC and Azad Nagar.

Coming in to the game, both sides started brightly with end to end stuff but O’sheish slowly grew into the game better with possession and started creating constant threat at the Ambitious FC box. However, the experienced duo of central defenders in the otherwise squad full of Academy graduates marshaled the defence expertly to thwart every goal scoring opportunities.

In the end the game ended with a goal less draw as Ambitious held their fort successfully to gain a valuable point which took them to the fourth spot in group L with 4 points in three games. Meanwhile, O’sheish still remained at the top with seven points in three games alongside Footie First FC.

This result against one of the top sides of the division will definitely boost the confidence of the newly formed Ambitious FC as they look to build on the momentum.

Also read our Feature Article of the week: The curious case of NorthEast United FC