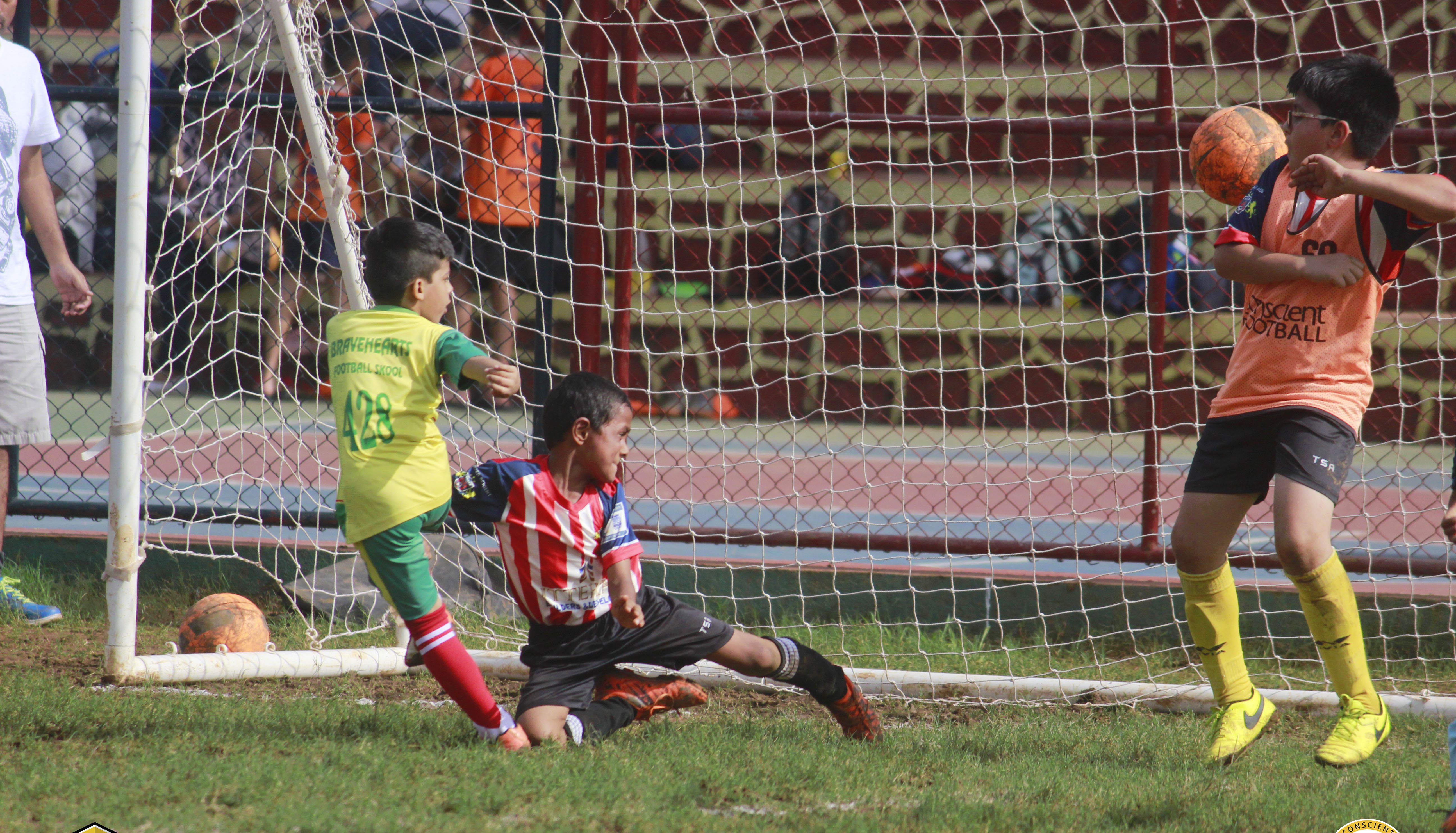 The FCBEscola Andheri Venue in Andheri East had been wrapped under the gloomy weather of the rains until last weekend due to the relentless rains which had caused the Conscient World Cup finale to be delayed by 2 weeks. However, last weekend the rain gods finally relented and the gloom and doom that had enveloped the tournament were washed away by the cries and shouts of the winning teams as the tournament concluded under a jubilant atmosphere. 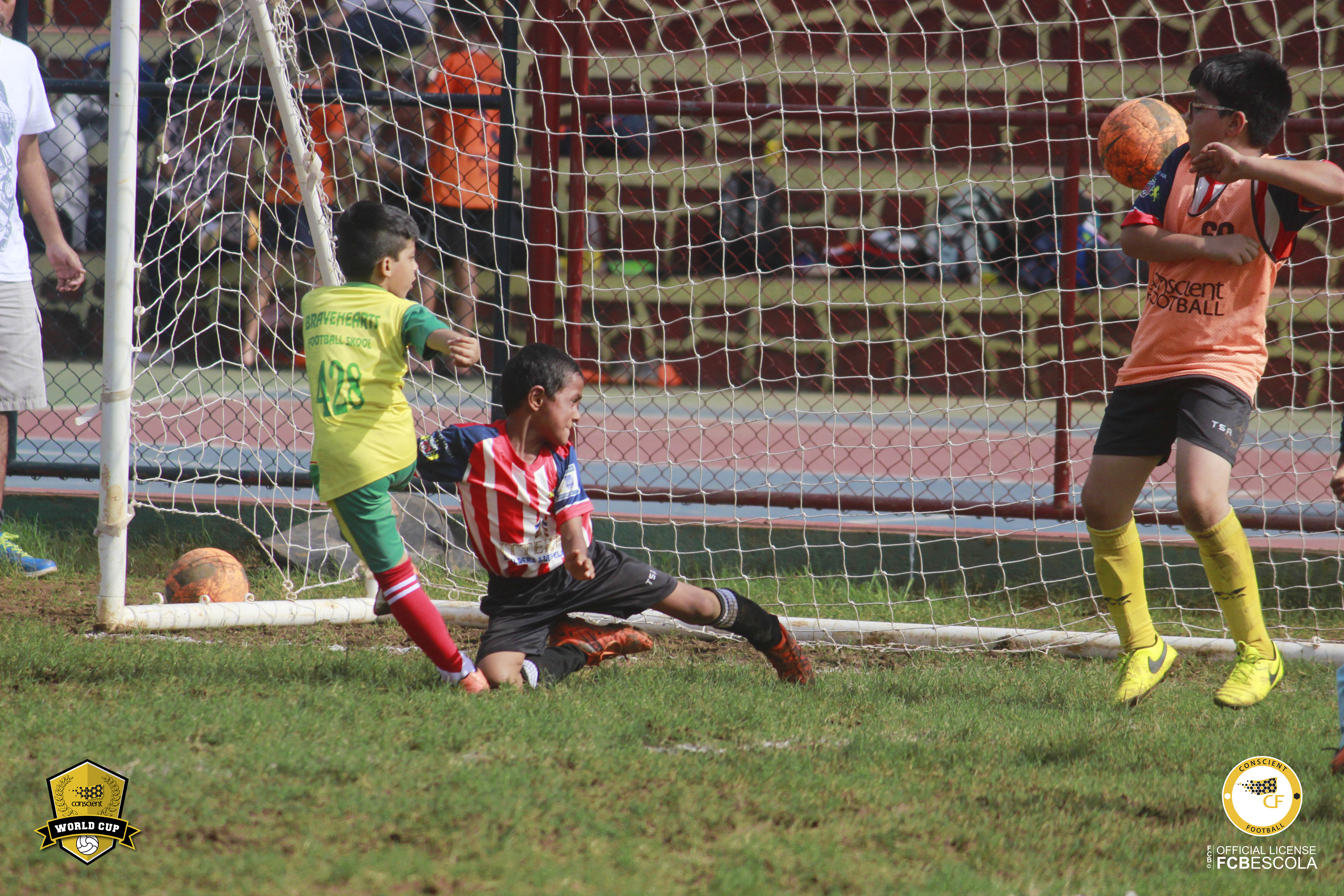 The first day of the Finale saw the final matches of U8, U10 and U12 teams. The U8 Finals were an exhilarating affair as Boca Juniors and FCBEscola Blau had an intense clash of wills with constant back and forth action on both the goals. FCBEscola Blau took a lead in the first half and looked to be heading for a win until a late goal from Boca Juniors turned the tide of the game. The game looked to be heading towards penalties as Boca proved resilient and showed no signs of relinquishing the lead. However, FCBEscola Blau scored a very late goal to secure the title and become the champions of Mumbai in the U8 Category.

FCBEscola Blau team continued their winning formula in the U10 category and won the Conscient World Cup 2018. However, they were in for a shock in the U12 Category, where after taking an early 3-0 lead in the first half and looking set to be cruising in the game, CFCI U12 showed heart and passion to mount an improbable comeback to win the game 4-3 in the final minutes of the game.

The U14 Girls finals was a nerve wracking experience as Bravehearts Girls won the game after the match ended in a stalemate in regular time. The game looked to be dead and over as Bravehearts had the lead for the most part of the game until CFCI equalized late in the second half. The penalties were decided quickly as CFCI missed two consecutive shots to hand Bravehearts the win. 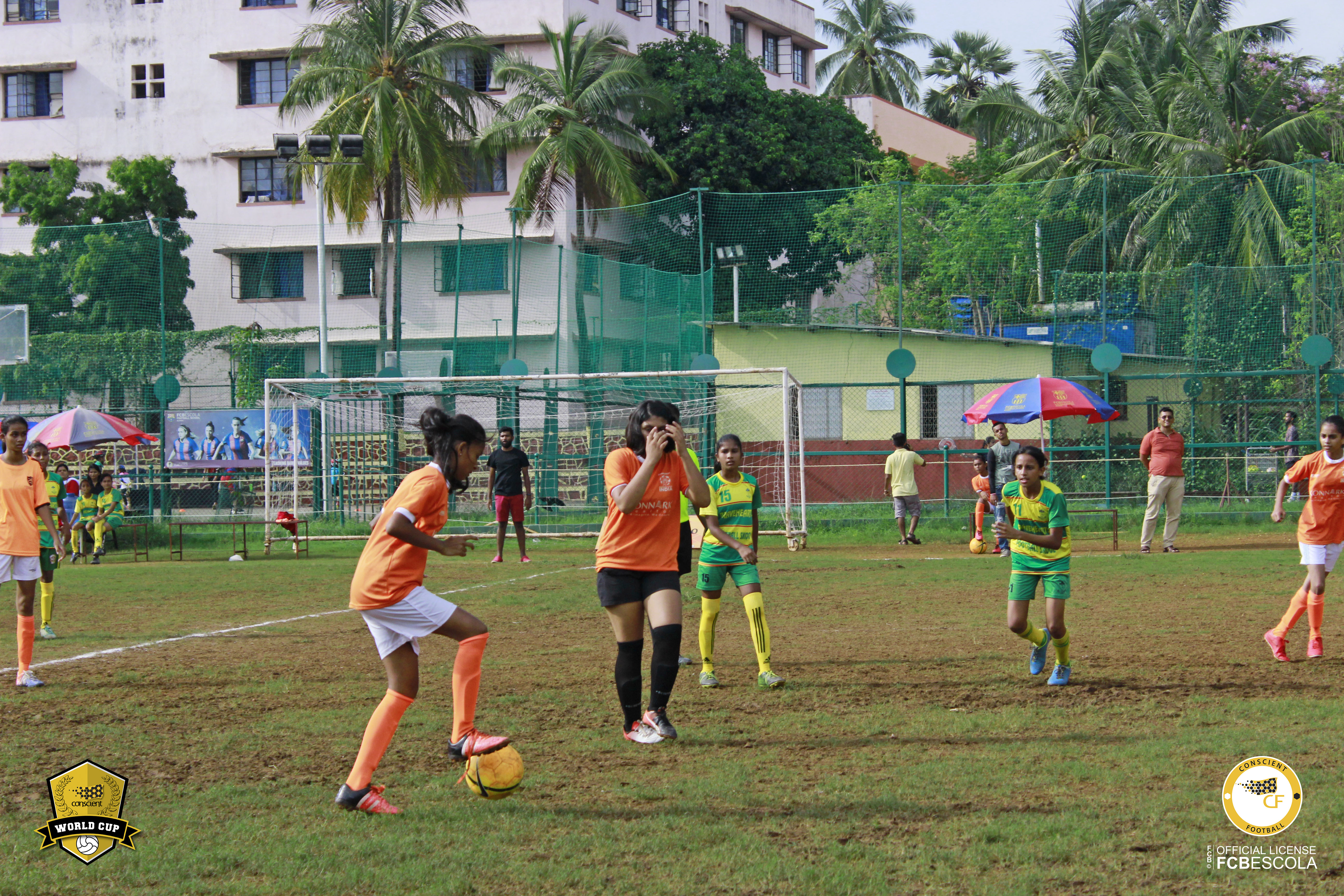 The Final of the U14 took place on the same day and started on an extremely positive note for FCBEscola Blau who took an early lead through a beautifully made goal. However, the game stayed equal throughout the match until CJ Academy scored an equalizer in the second half. The game continued to be an end to end affair, however, both the teams could not make any more dents after that. The penalty shootouts were another test of nerves as it went into sudden death until an extremely well made save from the Golden Glove winner CJ Academy goalkeeper Tejas broke the deadlock finally.

The U19 Girls Final also took place on the next pitch and the coaches of KNFC and GIFA played out an extremely tactical game with both teams putting an extreme effort sticking to their tactical assignments. The game and the title was however won by GIFA U19 girls team who scored a goal in the second half through a well-executed set piece. The U16 final between Iron Born and FC Mumbaikar’s team contained end to end action, however, it did not yield any results and the match went into penalties. Ironborn won the game after FCM missed two of their penalties in the shootout. The U19 Final was a much simpler affair as CFCI U19 team beat the Valiente FC U19 team by a considerable margin. 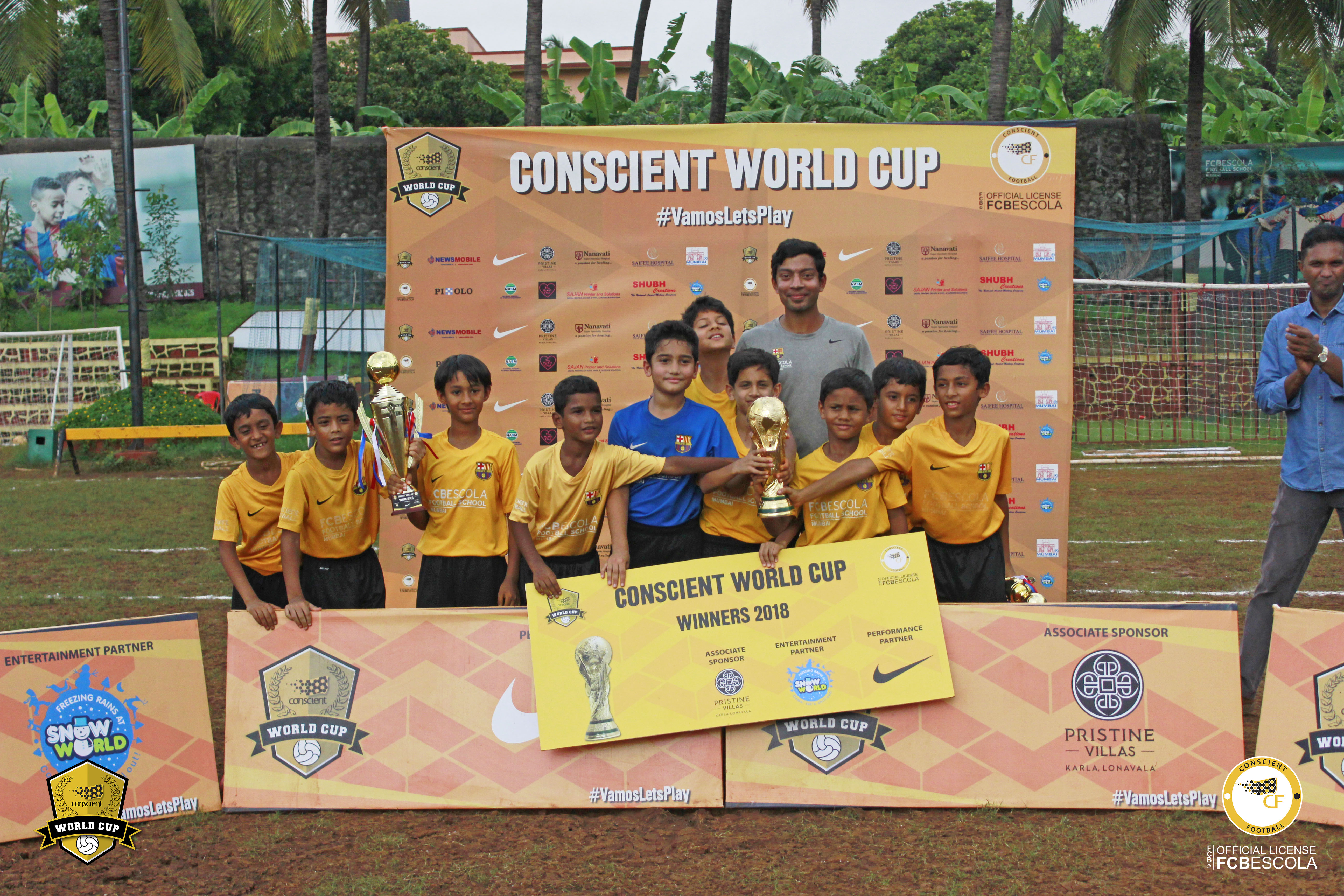 The tournament ended on a very positive note with the top class competition playing against each other in a very amicable and friendly atmosphere. Conscient World Cup has created a start which must be emulated by others to establish a buzzing and lively Grassroots circuit in India.