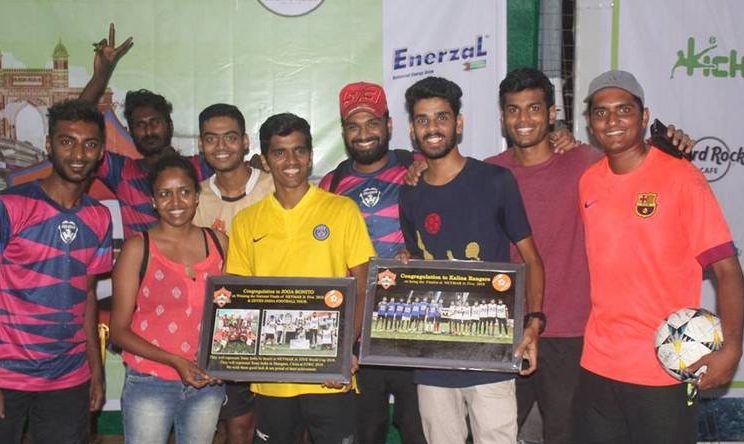 19th May witnessed the first installment of ‘Corporate Masters Cup 2018’, organized by TurfsnMeals, which witnessed some of the best corporate teams from Mumbai fighting for the bragging rights. 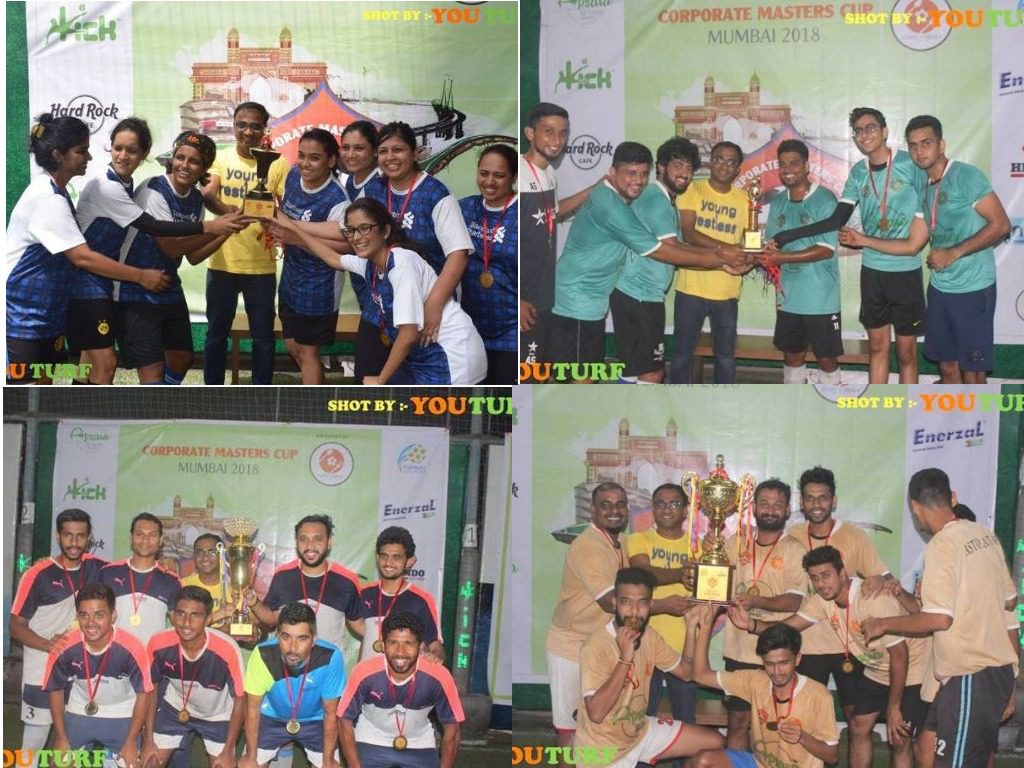 Held at Kick Turf, Hiranandani Powai, Astonia Tech edged A-Team by a 3-2 in penalties to lift the Corporate Masters Cup 2018 ‘Elite Category’ while the HDFC Bank side turned out the Winners of ‘Championship category’. In the third Final of the day, Star India defeated Datamatics to win the ‘Plate Category’. Earlier in the Day Standard Chartered outclassed Star India in Woman’s category to win the Woman’s Title.

Riding on brilliant performances throughout the day, Astonia Tech reached the finals of the 1st edition of Corporate Masters Cup 2018 where they faced an equally consistent side in A-Team. in closely contested final, both teams displayed end to end football but failed to come out with a win as the game were tied to 1-1 at full time. In Penalty Shootout, Astonia Tech beat A-Team 3 – 2 to lift the Elite Category of Corporate Masters Cup 2018

After a stuttering start of a loss in their very first game of the day, HDFC Bank came out with some scintillating performance to reach the finals facing CMA-CGM. In a lop sided final encounter, HDFC bank stormed to a 4 – 0 win as they lifted the Championship Category of Corporate Masters Cup 2018

Football can be sometimes cruel and Datamatics were the ones to experience it on Saturday as their amazing run to final came to a disappointing end with a 4 – 0 loss to Star India. Team Star India played some exceptional football throughout the tournament and deservingly lifted the Corporate Masters Cup 2018 Plate Category.

TurfsnMeals would like to acknowledge and thank all the participating corporate teams, players, staffs for their efforts, showcasing extreme patience and top sportsmanship spirit despite the summer heat and congested fixtures, helping the tournament end on high.

Other big highlight of the Event:

Felicitations to players of Joga Bonito and Kalina Rangers

In a bid to acknowledge more and more sporting achievements of lesser known football stars, TurfnMeals took an encouraging initiative to felicitate Joga Bonito, the champions of both Neymar Junior 5 and Zeven India Football Tour National finals, along with Kalina Rangers, who were the other finalists in Neymar Jr. 5 for their tremendous efforts in the tournament. Joga Bonito will also share the honour of representing Team India in both Neymar Jr. Finals in Brazil and F5 World Cup India Finals in Shanghai, China. Turfsnmeals also took an opportunity to Congratulate Brothers FC for coming close second at the IFT Finals.

After the astounding success of the opening leg, the next leg of ‘The Corporate Masters Cup 2018’ will now be played in Pune on 16th June 2018 at Turf Up, Kharadi. Teams will have an extra motivation of playing with winners and Runners-up getting a prize money of 25000 Rs. & 15000 Rs.