4 players who could replace Cristiano Ronaldo 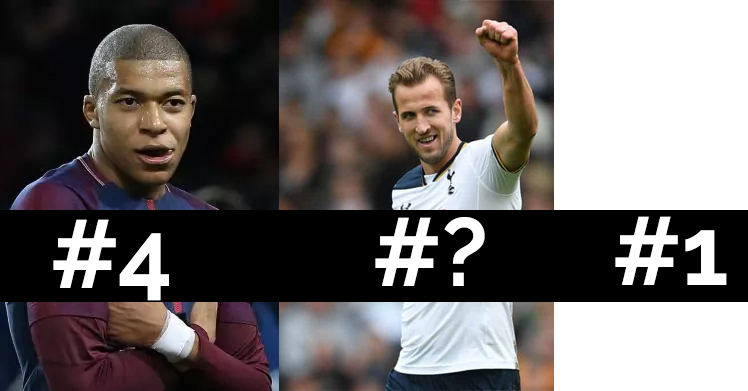 Cristiano Ronaldo has time and again proved that he’s the best footballer in the world. The 33-year-old is a strong contender for the Ballon d’Or this season.

Even the star-studded Real Madrid rely on the tremendous match-deciding ability the Portuguese boasts. While we’ve seen a transformation in his playing style, he’s become more lethal than he was.

But, everything must come to an end, so is Cristiano’s footballing career. The Portuguese is not showing any signs of decline, but within two or three years, he will no longer be the same man, who was the nightmare of the defenders.
In this article, we will look at 4 players, who could lead the Madrid line once Ronaldo decides to leave.

The 19-year-old winger is one of the best youngsters of the 21st century. The French attacker is the second-most expensive player in the football history, just behind PSG teammate Neymar.

Mbappe has been astonishing the world since his time with Monaco and has carried the performance to PSG. Facing this youngster, who is blessed with blistering pace, has always been an uphill task for the defenders.

Mbappe has shone brighter this season in France. He has played a vital role in PSG securing a domestic treble this season. He was also effective in the Champions League, but couldn’t help PSG get the better of Real Madrid. However, he gave Marcelo a tough fight and almost won it.

Mbappe was a Real Madrid target, and the Los Blancos had even tried to secure his deal, but PSG were too quick and added him to their glamorous roster.

As Real Madrid plan to offload many of their attackers including Karim Benzema, Gareth Bale etc.., it will provide Mbappe with a permanent role in the star-studded squad. It will also help Mbappe learn from Cristiano Ronaldo itself and eventually take his place in the team.

Zidane’s attacking strategies suit the player well. Zidane could easily and efficiently utilize the potential Mbappe has. The Frenchman inclusion into the squad will help Real Madrid slowly decrease the dependence on Ronaldo.

And Mbappe is just 19-years-old. Age is on his side. He still has more than a decade left in his career. And Real Madrid, the reigning champions of Europe. He will learn a lot, will develop, will turn out to become a one the best players the beautiful game has ever witnessed.

A player who can outclass every opponent with the blessed ability he has, Mbappe could be an option to replace Ronaldo at Real Madrid once he leaves. However, there are obstacles that Real Madrid have to surpass as to get him.

Real Madrid will have to pay a record-figure, a staggering figure that is greater than what PSG spent for him, and will also have to face tough competitions from English football behemoths like Manchester United, who are vying to reinstall their lost glory.