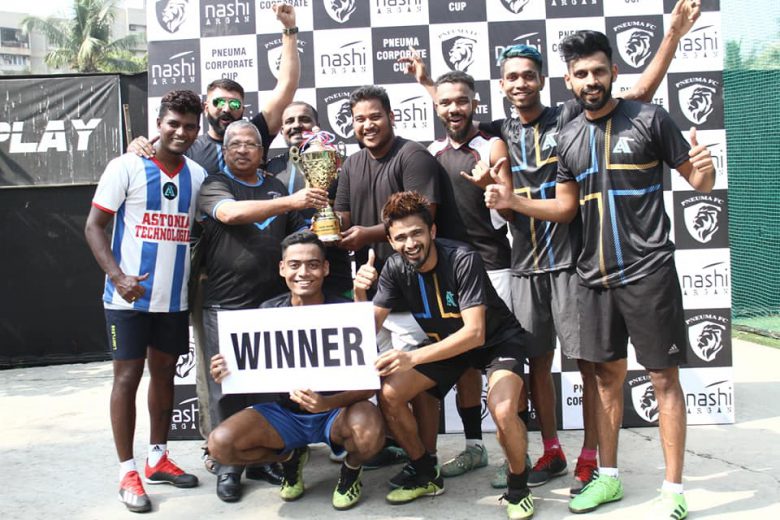 Tournament favourites lived up to their billings as Astonia Tech 2 were crowned champions of inaugural Nashi Argan Pneuma Corporate Cup.

Riding on Tyson’s impressive four goal exploits, Astonia Tech 2 made a short work of Afcons as they defeated them by 8-0. Meanwhile in the other semi-final, 63 Moons had managed to weathered the storm in the first half creating some goal scoring chances, however a hat-trick from Nickinson alongside braces from Conrad and Jefferson led Astonia Tech 1 to whopping 10-1 win.

Player of the tournament: Tyson

Man of the Final: Rayyan