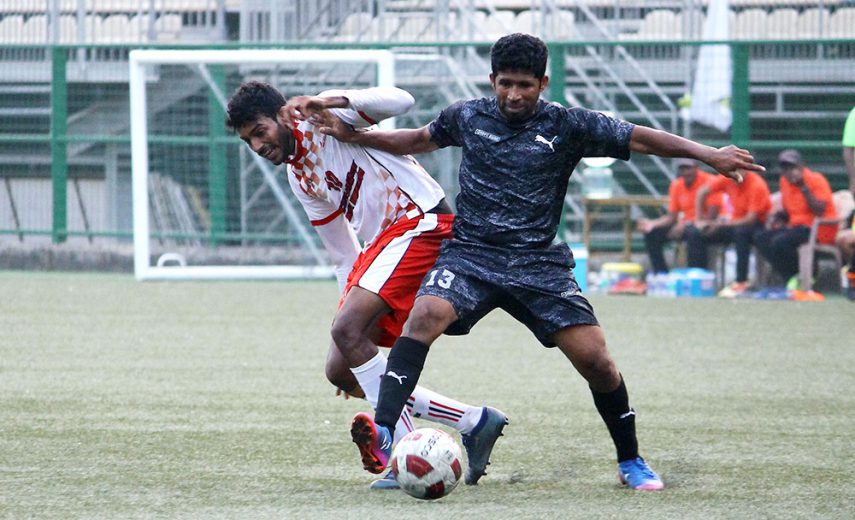 After this stalemate, Air India is currently lying on fourth with just six points while HDFC have won once this season where they defeated Dena Bank 1-0. After witnessing Sunday’s game, one can definitely state that Julian D’Silva’s HDFC was much better than Air India tactically and mentally.

Air India decided to field the same players which were part of a whopping 6-0 thrashing of Mumbai Customs. Interestingly, quite a large number of Air India’s players had played for Julian D’Silva’s Union Bank of India previously.

This made HDFC’s job much easier. The way HDFC prepared and set their game accordingly frustrated Air India’s attack for the majority of the game. With Vijith Shetty and Scott D’Souza on the bench, Air India never looked in firm control.

As the game progressed, Air India did threaten HDFC with their free-flowing game style but HDFC sat back and soaked the pressure to keep Air India’s attack at bay.

HDFC’s lethal duo of Titus Uttankar and Ramesh Singh made a constructive move which gave them the best chance of the match, which came in the last ten minutes when HDFC’s Dujon Koli was one-on-one with the goalkeeper but only managed to chip his effort over the bar.

That would have surely changed the fortunes of HDFC but a 0-0 stalemate against one of the top sides of Mumbai is a big achievement and it should definitely boost their morale ahead of a long season.