AFC U16 Championship: Goalkeeper Neeraj stars as India hold Iran for the first time in 33 years 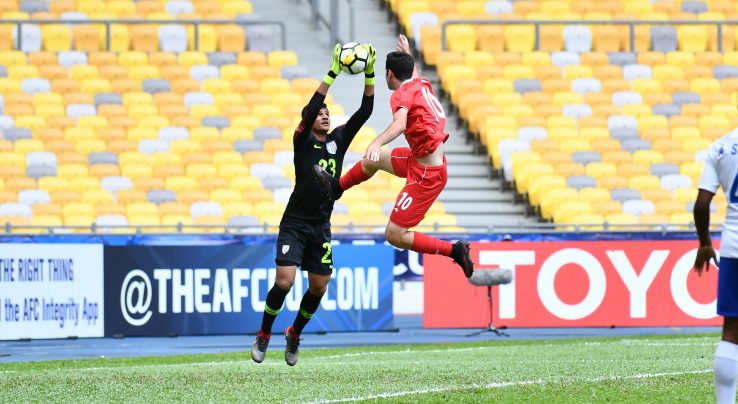 33 years! For the first time ever in 33 years, an Indian team held an Iran national team across all age groups in official matches or in any official men’s competition.

That match too had ended goalless as did India U-16 National Team’s match against Iran in the AFC U-16 Championship Malaysia 2018 at the Bukit Jalil Stadium on Monday.

Superb pressing football backed by confident defensive organisation and some sharp counter attacks helped India’s cause. For all the possession that Iran enjoyed, it was India who had two of the easiest opportunities of the match in the dying embers of the second half.

Ravi Rana missed the first one as his chip went inches over the Iranian goal while the second one was shot inches wide by Sailo after he rounded the Iranian custodian but could not finish from close range.

The match also saw a young lad from Punjab standing under the Indian bar maturing into a young man as goalkeeper Niraj Kumar kept off an Iranian penalty in the 76th minute. Niraj stayed confident all throughout and was unbeatable in the aerial balls, leaping higher than all every time to collect the crosses from the flanks. He also dived full length to make a stunning save to deny Iran in the 16th minute.

“We could have won the match. It was that close. But the boys gave their hundred percent on the pitch and they performed according to the game plan”, said Head Coach of the Indian U16s Bibiano Fernandes at the Official Post Match Press Conference. “We are happy with a draw, though we aimed for a win and now we focus towards the next match against Indonesia (on September 27, 2018)”

An attacking India emerged in the second half and the Colts ran onto Iran’s final third in the early minutes of the second half itself but to no avail, as the Iran defence line held them at bay.

In a battle for midfield territory, both teams nullified each other out with chances coming in rare. While the Indian colts relied on counters, Iran resorted to set pieces. Both failed to create goal scoring chances. In the 76th minute, Iran were awarded a penalty kick after India committed a foul inside the box, but Iran’s attempt from the penalty spot was saved heroically by goalkeeper Niraj Kumar.

Two minutes later, Ravi’s shot from more than 30 yards out caught the Iran custodian napping, but failed to find the target as it whistled past the goal. Meanwhile, Indian defender Shahbas Ahammed was stretchered off following an injury in the 66th minute and was replaced by Harpreet Singh.

The Indian U-16 National Team faces Indonesia next in the AFC U-16 Championship on September 27, 2018, in their last match of the group stage. India have four points from two games so far.

Also Read: Eastern clubs have a point to prove in ISL 5