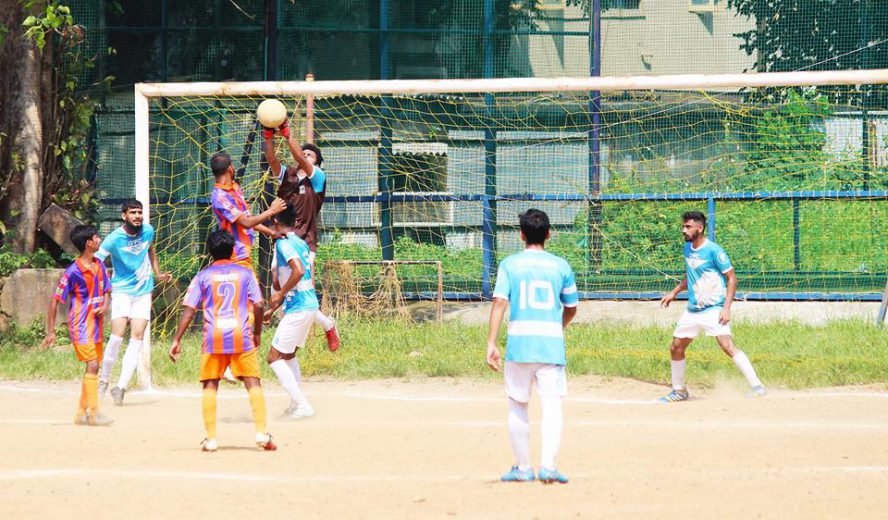 In the opening game of the day, Shaikh Faizan sizzled with five goals as O’sheish FA defeated Soccer Star Rudra 5-1 with Rohit Singh scoring the only consolation goal for the latter. With this win, O’sheish have continued their unbeaten run in this season and next face Sanpada FC in the final Play-0ff game.

In another encounter of the day, Group A leaders Yeshua FC were held to a goal less draw by Group I leader Palkaya FC, both keeping their unbeaten run intact. In the third fixture, Youth Soccer Academy outplayed Koli Samaj FC 3-1 to top the table. Aaron Nazareth and Joel Barnes had put YSA into early two goal lead before Nikhil G pulled a goal back for Kopli Samaj. However, Koli Samaj struggled to find the equaliser as the game went on and soon Brendon scored the third for YSA restoring the two goal lead and putting a final nail in the coffin.

In the final game of the day, Footie First FC faced off against Storm Chaser. In an cagey affair, neither side managed to break the deadlock as the game ended in a goal less draw.

AFC U16 Championship: Goalkeeper Neeraj stars as India hold Iran for the first time in 33 years
Defence will be Mumbai City’s attack