Franco Sports are back with the bang

After a defeat against Valinkanni Boys in their opening game of the MDFA league 1st division, Franco SC were looking to come back in their 2nd game against Magic Bus at St. Xavier’s ground, Parel on Sunday and they did it in style. The Andheri outfit opened their scoring through Dustin D’costa, who got an early breakthrough in the very 2nd minute of the game; later Piyush Koli doubled the lead with the help of a beautiful cross from Akshay Patil from the right wing. 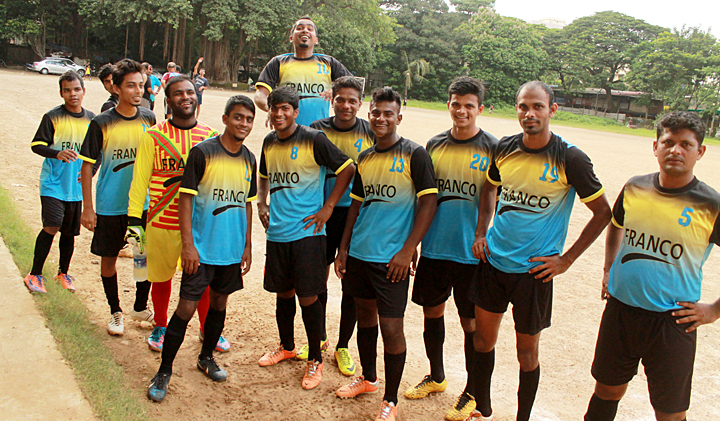 The players from Magic Bus were little inexperienced in keeping ball possesion whereas Franco SC utilized their passing to great effect and kept most of the possesion. In the second half Magic Bus created some magic of their own and reduce the margin through Sunil H. Rathod in 65th minute.

Franco SC keep their momentum going and played attacking football more frequently, their 3rd goal come through penalty spot when Nickson Koli was brought down in the box by Magic Bus defender Satyam Dhongle, Referee Tapan Ghosh awarded a penalty which was perfectly finished by Aniket Khedekar. Dustin made it 4-1 just before the referee’s final whistle and got his second of the game. 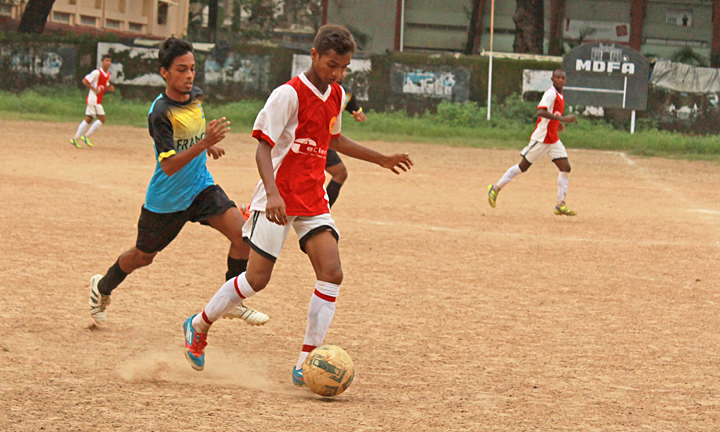