Goals and Drama in MFA Elite Division: A Recap of the Latest Action 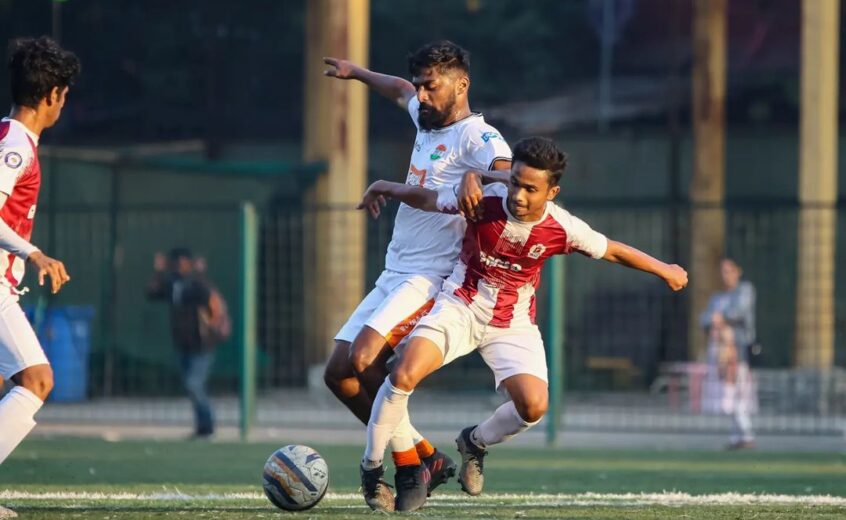 The MFA Elite Division continues to heat up with a thrilling round of matches, featuring plenty of goals and drama.

Monday Morning’s encounter saw a high-scoring affair between India Rush and Sellebrity FC. India Rush SC took an early lead in the 9th minute with a goal from Saurabh Ramteke, but Sellebrity FC fought back with three quick goals from Suyash Ghadi in the 17th minute, Karthik Bele in the 25th minute and Ricky Bagade in the 36th minute, giving them a 3-1 lead at halftime.

In the second half, India Rush SC fought back with a goal from Shahbaz Khan in the 56th minute via a penalty, and another goal from Sujal Ghanekar in the 58th minute, leveling the score at 3-3. However, Sellebrity FC regained the lead with two more goals from Harshit Kapoor in the 73rd minute and Karthik Bele in the 81st minute, securing a 5-3 victory. Despite the fight, India Rush continues to search for their first league win.

In the second half, Atlanta continued to press forward with Himanshu Patil scoring two more goals in the 77th and 86th minutes, securing a 4-2 victory for Atlanta FC. This was the first loss for DK Pharma, who remains in 2nd place in the league table with 16 points in 7 games. On the other hand, Atlanta now has 5 wins in 5 games and is in 3rd place with two games in hand.

Today’s morning encounter saw Iron Born FC took on Mumbai Knights. It was a clinical performance from the Knights, who secured a 2-0 victory with goals from Ashrafali Makandar in the 24th minute and Sumesh Nair in the 86th minute. Iron Born FC was reduced to 10 men after Rannik Mallick picked up his second yellow card in the 64th minute. This is the 6th loss in 7 games for Iron Born.

In the second game of the day, GMSC took on Rudra FC. GMSC took the lead early in the game with a goal from Aayush Kumar in the 13th minute. They then doubled their lead in the 86th minute with a goal from Shlok Tiwari, who converted a penalty. Rudra FC fought back and won a late penalty deep in injury time, which was converted by Kaustubh Sawant. However, it was not enough to secure a point as GMSC ran away 2-1 victor. Rudra FC Goalkeeper Syed Haider received a yellow card post the full time whistle.

Overall, it was another exciting round of matches in the MFA Elite Division, with plenty of goals and drama on display