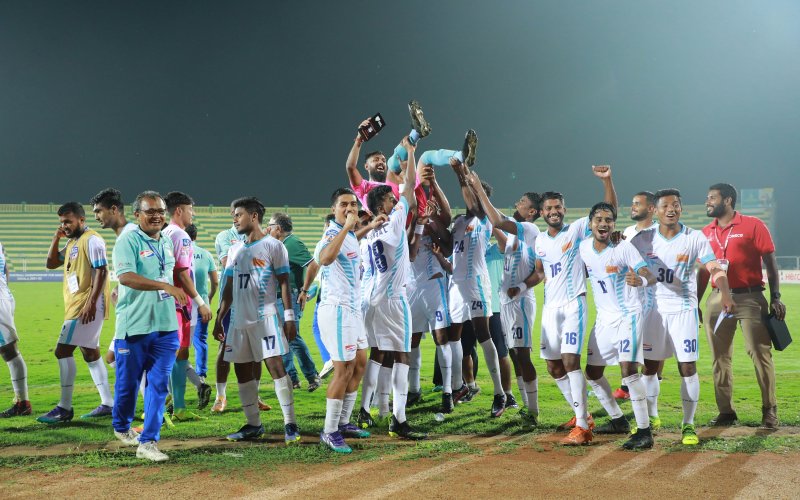 Two quick-fire goals at the start of the game helped West Bengal get the better of Manipur 3-0 in the second semi-final clash of the Hero 75th National Football Championship for Santosh Trophy at the Manjeri Payyanad Stadium, Mallapuram, Kerala on Friday, April 29, 2022.

With this victory, Bengal has now made the summit clash of the competition 46 times and will look to add to their record tally of 32 Hero Santosh Trophy titles when they face hosts Kerala in the final on Monday.

Bengal coach Ranjan Bhattacharjee had mentioned prior to the game how he had instructed his boys to play simple football and observe the opponents before going on the attack. But it turned out to be just the opposite as they took the lead in the second minute itself.

Sujit Singh tried his luck from distance and it seemed like it would be a routine save for Angomjambam Chingkhei Meitei. But the ball dropped right in front of the keeper and the bounce completely fooled him as the ball nestled into the back of the net.

The Manipur players were shocked by the start and Meitei’s head seemed to drop after committing the mistake and that showed as he was nervous while claiming crosses. And it went from bad to worse for the keeper and his side in the seventh minute.

An innocuous long ball from the Bengal back-line was floated in and it seemed the Manipur defenders were well stationed to head the ball clear. But the goalie came out from his line to claim the ball almost to the edge of the box. He spilled it and an alert Md Fardin Ali Molla punished Manipur. 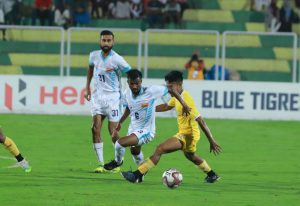 The young attacker still had a lot to do from there. He went left before coming back onto his right as he fooled the defender to make a yard for himself. He placed his shot beyond a desperate Meitei as well as a defender on the line to hand West Bengal a 2-0 lead.

Bengal then retreated back into their shell, happy to sit back and defend in numbers, allowing Manipur to have most of the ball. Manipur won a lot of corners and tried to put crosses into the box but unlike his opposite number, Priyant Kumar Singh remained cool and composed throughout.

He showed his class in the 32nd minute, making a double save from a corner. He first thwarted Lunminlen Haokip’s header from close range and then saved Romen Singh’s rebound effort before the defence finally cleared. That was Manipur’s best effort in the first half which ended 2-0 in West Bengal’s favour.

Bengal tried to regain control at the start of the second half but it was Gift Raikhan’s side who had the better of the exchanges as they looked for a way back into the contest. They had two good chances to halve the deficit. The first one fell to Sudhir Laitonjam who could not divert a brilliant cutback from Somishon Shirak into the net.

An even better chance fell to Shirak. He was clean through on goal with only Priyant to beat but he totally fluffed his lines and Bengal heaved a sigh of relief. Coach Ranjan was animated on the touchline as he urged his side to regain control and avoid these jittery moments.

On the 74th minute, Bengal finally put it beyond Manipur. Dilip Orawn’s attempted cross from the left seemed to be heading for the hands of substitute keeper Md Abujar. But he lost the flight of the ball and tried to tip it over but completely missed and Bengal had their third goal. Both teams created a few half-chances but no one managed to find a breakthrough and Bengal made it to the finals of the tournament.

For Bengal, coach Ranjan will be pleased with his side’s defensive display as they did not concede any goals and also minimised their sloppy mistakes at the back. But the final will be a completely different proposition against an in-form attacking Kerala side. Bengal will be eyeing revenge after their group stage loss as well as their 2018 final defeat at the hands of the same opponent.