Up to us to get the job done, says Bibiano Fernandes ahead of Saudi Arabia clash 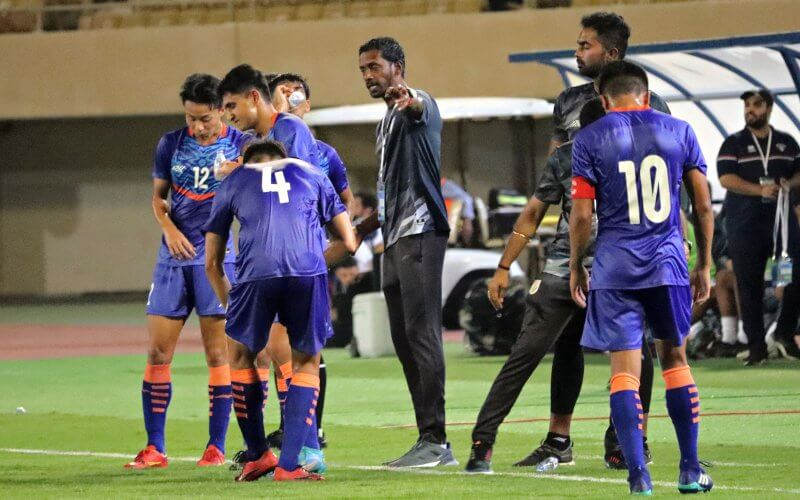 Placed in Group D of the qualifiers, both Saudi Arabia and India have won three matches each so far, and will battle it out for the top spot in their last match on Sunday, October 9, 2022, at the Prince Mohammed Bin Fahd Stadium in Dammam at 11.30 PM IST; the match will be streamed live on the Indian Football Team Facebook page.

“We have watched Saudi play, and we know their level, and what is required of us. The boys are really motivated ahead of this last match, so it’s up to us now to get the job done,” said head coach Bibiano Fernandes on the eve of the match.

Both Saudi Arabia and India have earned nine points each from their respective three matches, with the former being ahead on the Group D table by dint of a better goal difference. With a total of 43 teams participating in the qualifiers across 10 groups, each group topper will make it to the AFC U-17 Asian Cup 2023, while six of the best second-placed teams across the 10 groups will also join them in the finals. Since certain groups have only three teams, only the points scored against the top three teams in each group will be taken into consideration while calculating the six best second-placed teams.

A win for India will ensure Bibiano’s boys the top spot in Group D, while any other result and they would have to depend on proceedings from other groups for their own qualification.

“We are aware of the equation, but for us, there is only one aim, and that is to finish top. That’s the best way to guarantee qualification, and that’s what we will set out to do,” said Fernandes. “We don’t want to depend on others for our qualifications. It’s simple really – we follow the process, we fight, and we win – that’s the best scenario for us.”

Fernandes had guided two previous batches to the tournament proper (known as the AFC U-16 Championship in 2018 and 2020), and will be looking to make it for the third time in a row. However, the larger aim remains the same – to make it to the semifinals of the main competition and qualify for the FIFA U-17 World Cup.

“The boys know what is at stake and are really motivated to get the job done. Qualifying for the U-17 Asian Cup is just the first step, but the ultimate goal is to reach the World Cup on merit,” said Fernandes. “While we chase larger goals, it is also important that we take it step by step. Back-to-back qualification in Asia means that three batches get that extra exposure and experience before they move on to the bigger things, and are subsequently better placed later on in their careers.”

The 45-year-old also encouraged all the fans in Saudi Arabia to come to the stadium and support the boys in the last qualification match.

“We did not come to Saudi with the expectation that we would get much support from the stands, so when we saw a number of fans cheering us, it was a really pleasant surprise. That really motivated the boys,” he said. “I would like to urge all Indian fans who are living close to Dammam to please come to the stands and show the boys your support. It would mean the world to every one of us.”