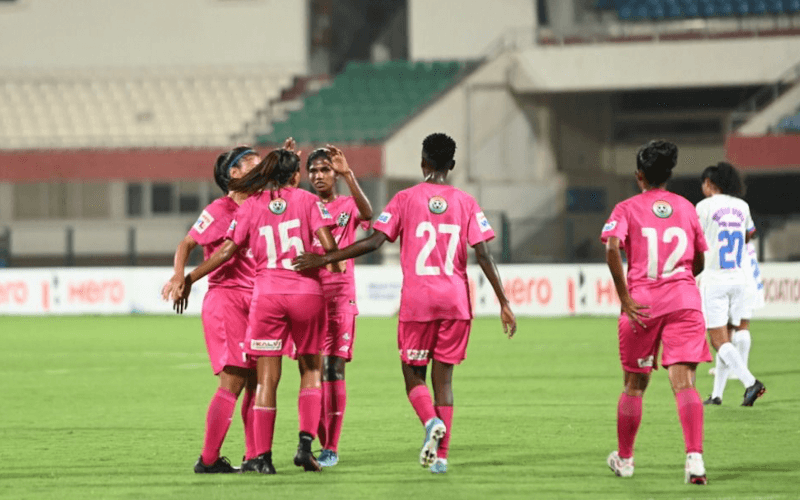 Sethu FC registered a thumping 5-0 win over Sirvodem SC in the Hero Indian Women’s League 2022 here at the Kalinga Stadium on Monday, May 2, 2022.

The side from Tamil Nadu began the game on the strong foot and scored from an early breakthrough in the 15th minute. Defender Durga’s towering cross was met by Renu Rani in the dangerous area and the forward made no mistake while squaring the move off. The No. 15 made it 2-0 only seven minutes later as Sethu FC looked to take control of the game.

The former Hero IWL champions went into the break with a two-goal lead and four of their seven shots on target. On the other hand, Sirvodem struggled to penetrate the Sethu defence and could not muster any shot on target in the first 45 minutes. 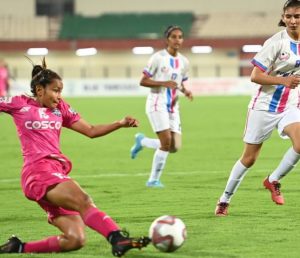 Following the restart, Kioko Elizabeth Katungwa, who had been lively throughout the game, once again produced a moment of magic. The Kenyan forward made a superb solo run in the middle of the park and provided an inch perfect assist to Devneta Roy. The forward in turn pulled off a great finish and tripled Sethu FC’s lead in the 66th minute.

In the 80th minute, it was Roy’s turn to deliver and how. The Sethu player connected a perfect volley from outside the box as the ball struck the underbar and took a bounce inside the goal before flying back onto the pitch. However, the referee pointed towards the centre circle, allowing a fourth goal for Sethu FC.

Ultimately in the dying seconds of the game, Durga made it 5-0 with a goal from close range to hand her side a big win and the three points.