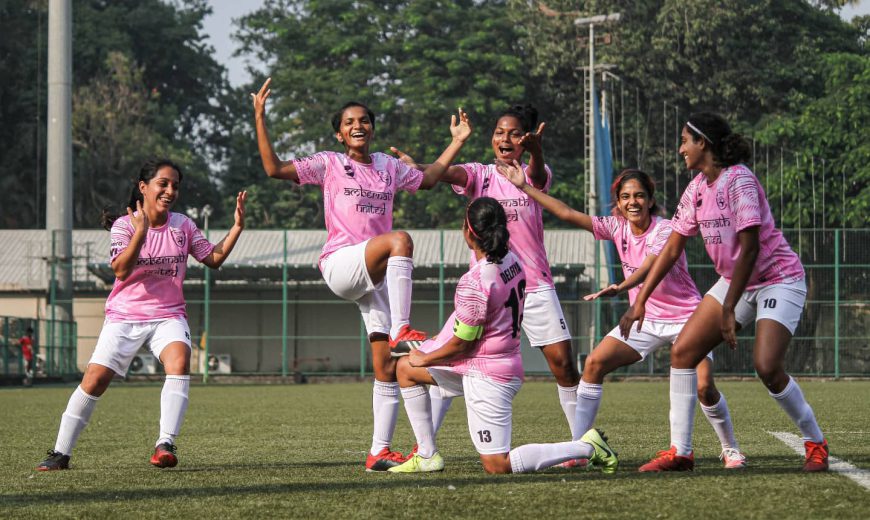 Missing a title by just one point can be a daunting feeling. It may be difficult to convert this year’s heartbreak into victory but an enthusiastic S.P. Football Academy will be looking forward to a strong comeback and lifting the trophy next year.

The Mumbai-based club let it slip through their fingers when they suffered a minor defeat against crosstown rivals – PIFA Sports – in the second round of their campaign. At that time, they did not think that they would also lose the title to PIFA.

Apart from that minor defeat, S.P. Football Academy had a stellar campaign in the IWL Qualifiers. The Steven Dias-led side scored 27 goals and conceded only 4 times.

“This is football”, acknowledged Mr. Deepu K, manager of the S.P. Football Academy.

S.P. Football Academy has been playing in the WIFA Women’s Football League for the last three years. Last season they finished fourth and this season they were runners-up. “It’s better than last year. Of course, missing the title by one point is a disappointing feeling. But that’s okay, football is a game of uncertainty and we have improved from last year and I am proud of that”, Mr. Deepu K said.

He admitted that it was difficult for the team to stay motivated during the COVID-induced break and added, “It was tough for the girls to stay motivated and train with the uncertainty of the league. But I am grateful to the parents. They stood by us as a form of constant support and sent their daughters to practice. I am also thankful to our coaches who conducted all the sessions despite this difficult situation and took care of the girls and motivated them.”

During the entire campaign, S.P. Football Academy fielded only homegrown players. It is the passion for the game that propelled the club. The manager sounded positive and said, “I have faith in this squad and believe it has a bright future. These girls played their hearts out and gave everything. We missed out on the title by a point but I am sure we will come back strong and try our best to win the title.” 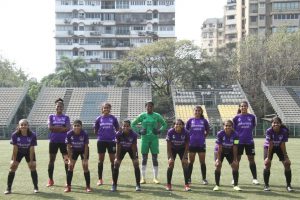 The team’s head coach, Mr. Steven Dias, admitted that he enjoyed coaching the girls. “It was the first time I coached a women’s team and the support I got from the girls will have a very positive impact on my life,” he said.

Since it was his first time with the club, he got very little time with the girls. The former India international is a great believer in possession-based football, so from day one, he conducted several sessions with the ball. He feels the need for a proper pre-season to assess the team and build a strong squad. “I think we could have had a longer pre-season. This season we played 2 friendly matches against 2 teams from Pune before the league and I was happy with the team’s performance. Next season, we will try to play more friendlies and will also try to organize a proper pre-season before entering the league,” stated Mr. Dias.

Mr. Dias was also very impressed with the attitude of the squad. “I was impressed by the punctuality of the girls. We used to have 2 sessions per day and because we do not have a residential facility, the girls had to travel from different corners of Mumbai, yet they used to report 15 minutes even half an hour before every session. This is one of the reasons why I enjoyed coaching them. The defeat against PIFA was heartbreaking indeed. We were able to hold them for 90 minutes and a small mistake on our part resulted in their goal. Despite that defeat, the team remained positive and fought until the end of the campaign. I’m impressed with this attitude.”

“As a club, we are at a very young stage. We started participating only 3 years ago and good things will take time. The team is always ready to learn and they are eager to improve. We are looking for female coaches and I will personally coach these girls and we will try to win the league next time”, concluded a very optimistic Mr. Dias.

Mr. Deepu K said, “After finishing as runners-up we are hopeful that we will get a chance to play in Indian Women’s League (IWL) as last time also 2 teams from Maharashtra got a chance. So we are keeping our fingers crossed”. “I am happy with the team. I am very pleased with Steven and his staff. I would like to thank our assistant coach Pritam Mahadik. He was responsible for the team’s training and had a big hand in keeping the girls together. I am also thankful to the goalkeeping coach Manoj Nair, who worked hard to give the best training to our goalkeepers. I am very grateful for the commendable efforts of our physio Dr. Pooja Bhowad who kept the team injury-free. Lastly, I would like to express my gratitude to the Promoter of our club Mr. Sunil Poojari for providing the girls an opportunity to play in the WIFA Women’s Football League. Overall, I am grateful to everyone associated with the team. I am sure we will do better next season,” he maintained. 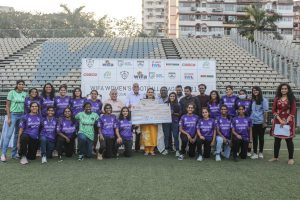 The manager also thanked Western India Football Association (WIFA) before concluding and said, “All credit goes to WIFA for organizing the league in such challenging circumstances.”

Many states are yet to organize their own IWL Qualifiers. S.P. Football Academy will hope that they will get a chance to participate in the national top tier. Time will tell whether they will get that chance or not, but one thing is certain they will continue to work hard and improve under Mr. Dias’s guidance.