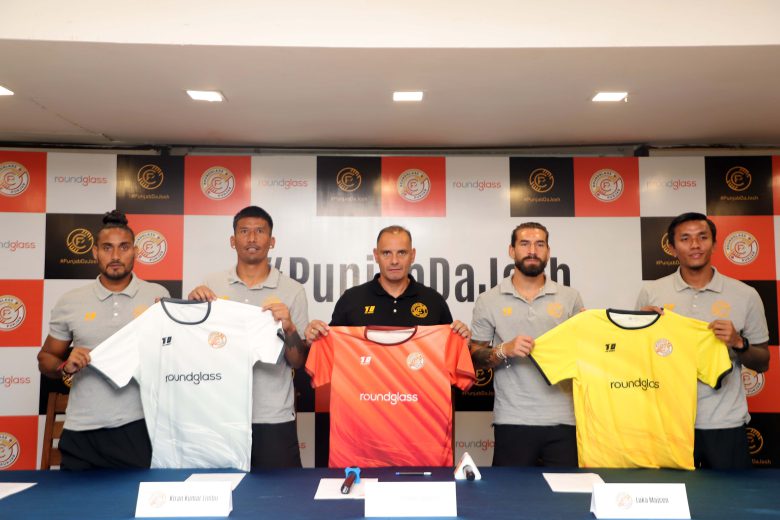 Mohali, November 3: RoundGlass Punjab FC announces its squad leading up to the I-League 2022-23 during the Media Day held at the Chandigarh press club on Thursday. The event was attended by head coach Staikos Vergetis along with players Luka Majcen, Bikash Yumnam, Deepak Devrani and Kiran Kumar Limbu.

The team has been training under the Greek coach’s guidance for over a month and has so far played seven friendlies. Speaking to the media, coach Staikos said, “We have had a good pre-season so far and have been able to try different tactics with the squad. The team has the balance of experienced players, who have played in multiple seasons of the I-League, and young players who, I believe, will live up to their potential.”

“As a Club, we work towards playing a brand of football which can excite and inspire the children to take up the sport. And, on the ground, irrespective of the result, this team will fight throughout the 90 minutes of the game. Be it in attack, defence or transition, the players will fight for every ball, and I request the fans to come out large numbers and show us their support as we start our I-League campaign”, he added.

The Club revealed their kits for the upcoming season which take inspiration from the Valor of Punjab – the true Punjabi spirit of do-or-die on a battlefield. This jersey design carries the colors of fire and a stylized depiction of flames.