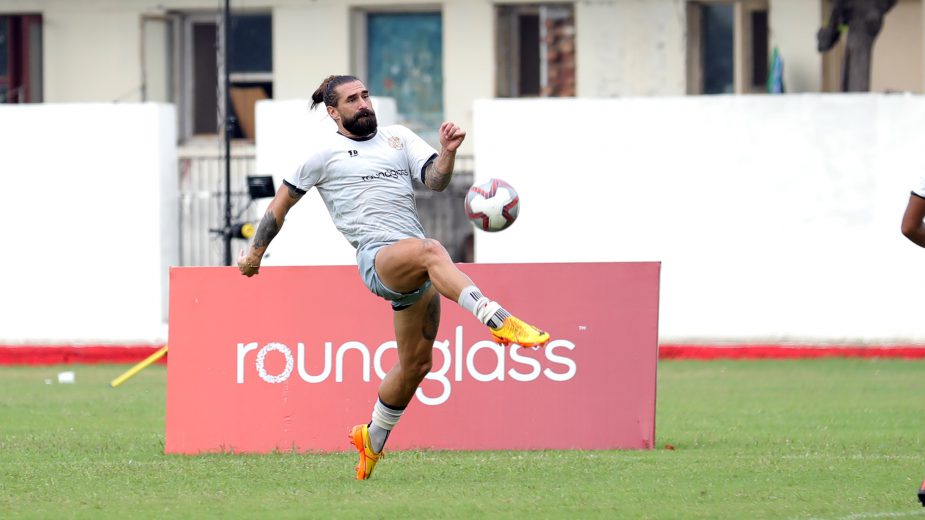 Veteran Nepalese goalkeeper, Kiran Chemjong Limbu, is a familiar face in the Indian football fraternity and is making a comeback at RoundGlass Punjab FC after winning the Golden Gloves Award in the 2020-21 Hero I-League season for his excellent performances for the Club.

Prolific Slovenian striker, Luka Majcen, has joined the Club having won the Hero I-League the last season, scoring an astounding 13 goals and assisting seven. In his two seasons in India, he has finished second on the top scorers list on both occasions, scoring a combined tally of 24 goals in the process.

28-year-old Spaniard Juan Mera brings in tons of experience in the midfield, having notably played in the I-League for East Bengal FC and Neroca FC.

Aleksandar Ignjatovic, who has played majority of his football in the Serbian top division, comes with the experience of playing in the UEFA Cup (now known as UEFA Europa League) and is certain to add stability to the RoundGlass Punjab FC defense.

On the other hand, Adnan Secerovic, who has previously won the Armenian League and the domestic cup in his home country, will look to orchestrate the play from midfield for the Club in the upcoming Hero I-League season.

Nikolaos Topoliatis, Football Director, RoundGlass Punjab FC, said, “We are extremely elated to have gained the services of these five proficient and gifted foreign players for our upcoming Hero I-League season. Their experience of playing at the highest level will add more firepower to the team and I am confident that they will play a vital role in leading our team and playing an inspiring brand of football.”