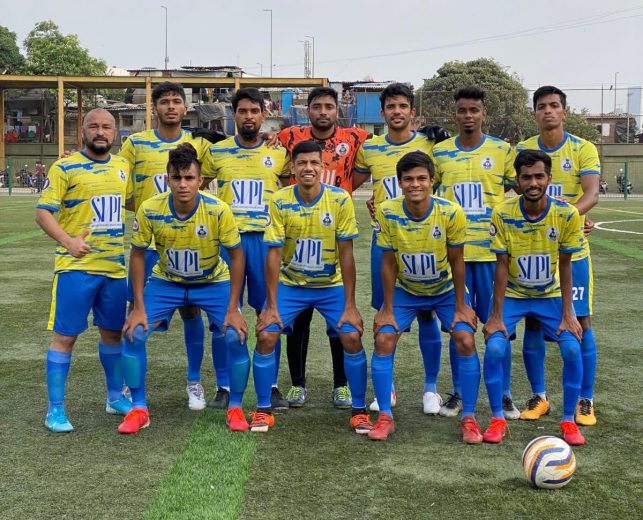 A second-half showdown from Mumbai Customs helped them clinch a win over Maharashtra State Police. The Bipin Jadhav managed side opened the scoring in the first half but the defending champions replied with three goals in the second half to collect all three points.

The first goal of the match came from the boot of Shahnawaz Shaikh in the 22nd minute. The Maharashtra State Police midfielder’s goal was the difference in an evenly contested first half as they took a slender lead over Mumbai Customs into the tunnel at the break.

To find a response, in the second half, the Cedric Fernandes coached side switched to attacking mode, and in the 49th minute earned a corner. Praneel Mendon took the corner kick. Ajinkya flicked it towards Captain Hekmat Singh who slotted the ball home with a flying header to level the scoring.

In the 65th minute, another accurate pass from Praneel Mendon met with attacker Dhaval Waghela’s head as he found the back of the net with a thumping header to give Mumbai Customs the lead for the first time in the game.

One minute before regulation time, a defense-penetrating through ball from Mumbai Custom’s skipper Hekmat found Pramod Galave. The midfielder put the ball in the back of the net to ensure the win for his side.