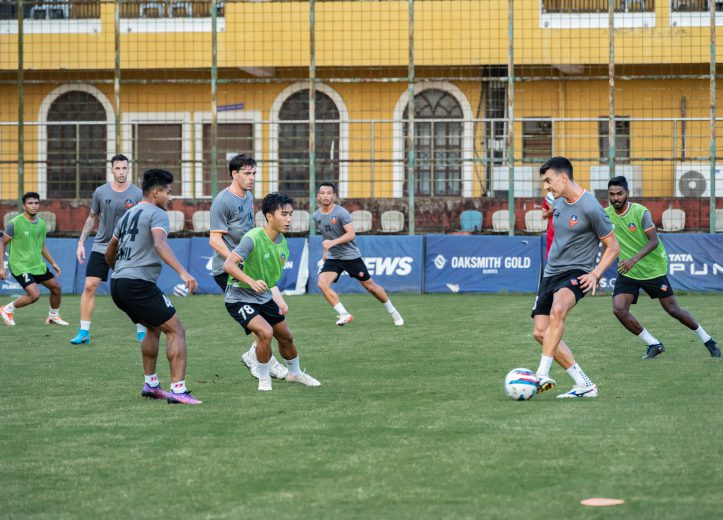 Goa, November 1, 2022: FC Goa will look to get back to winning ways in their first home of the season as they welcome defending Shield champions Jamshedpur FC to their backyard.  The Gaurs go into this on the back of a defeat to Hyderabad, but six points from the first nine also represents their best start to the season since 2017-18.

The Pandit Jawaharlal Nehru Stadium in Fatorda, Goa awaits a night that the Goan faithful have waited on for much long as the Gaurs go marching in to play their first home match in front of their fans for the first time in 972 days. Interestingly, Carlos Pena, who was a part of the XI when they last played in front of packed stands at Fatorda, is currently the club’s head coach.

Currently positioned fifth in the standings, a win over Jamshedpur FC will propel Pena’s boys to second place. In a league that becomes increasingly competitive with each gameweek, early wins are important for the side to keep playoff hopes alive.

“Jamshedpur FC are a good side. They may have a new coach and may have lost some key players – but more importantly, they’ve managed to retain their core,” Carlos Pena said in the pre-match press conference on Wednesday.

“They played well to draw against Mumbai City and win against NorthEast United, who are also tough teams to face. This shows their quality. That said, we’re quite confident of ourselves too, and we know that we can beat anyone if we turn up on the pitch as the best versions of ourselves.”

The tactician also expressed great happiness in returning to play in front of fans at the PJN Stadium in Fatorda.

“The last time we played in front of the fans there, I was part of the team. It feels wonderful to have returned as the coach. I have only good memories and I’m eagerly looking forward to making more of those,” he commented.

Jamshedpur FC are not an unfamiliar foe for FC Goa, having faced them in a pre-season friendly in September. Their defence, led by Peter Hartley and Eli Sabia, were one of the best in the league last season and they are sure to provide the Goan frontline a sturdy test.

While the Men of Steel would miss the services of ISL 2021-22 Golden Ball winner Greg Stewart who shifted base to Mumbai City, they have been able to find adequate replacements in Wellington Priori and Jay Emanuel Thomas.

Jamshedpur, under Boothroyd, are exponents of direct football, which involves getting the ball to their strikers as quickly and directly as possible. In Daniel Chukwu and Harry Sawyer, the Men of Steel has quite the firepower up front that helps them to be effective with this playing style.

FC Goa surely has the talent and quality in their squad to hold Boothroyd’s men at bay. The Men in Orange have conceded just once from open play so far. In attack, the likes of Noah Sadaoui, Alvaro Vazquez and Iker Guarrotxena have troubled opposition defences well, and more of the same can be expected on Thursday.