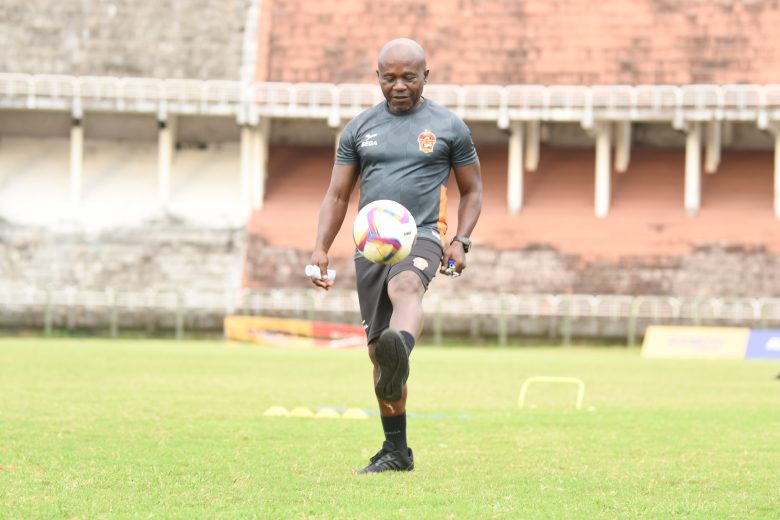 NEW DELHI: Gokulam Kerala FC created history by becoming the first team ever to clinch back-to-back Hero I-League titles, after claiming the 2021-22 crown in fine fashion on the last day of the campaign. The team will be hungry to make it a hat-trick in the forthcoming 2022-23 season as the action returns to the traditional home-and-away format after a two-year wait.

It will be a new-look Malabarians outfit this time around, with Cameroonian Richard Towa taking over the managerial reins from Italian Vicenzo Alberto Annese, who led the club to their twin titles. The squad bears a fresh look with forwards Luka Majcen, Jourdain Fletcher, Jithin MS, midfielder Emil Benny, defenders Alex Saji and Muhammed Uvais, and goalkeeper Rakshit Dagar — all of whom played key roles in the team’s triumph last season — departing for other clubs.

Among the Indian players, the squad has seen the incoming of the likes of familiar names such as Arjun Jayaraj, Sreekuttan VS, Subha Ghosh, Saurabh Meher, and Bilal Khan. In the foreigners’ section, the club has roped in forwards Vladan Kordic and Auguste Somlaga, along with midfielders Everton Kaka and Juan Nellar. The Malabarians will play six of their home matches at the Payannad Stadium in Malappuram, while the other five will be played at the EMS Stadium in Kozhikode.

We caught up with head coach Richard Towa for an extensive chat where he spoke at length about his plans for the season, the prospect of playing in front of their home supporters, and his experience in India so far, among other things. EXCERPTS:

Q. Welcome to India, coach! How has your experience been so far in the country? How was the adaptation process?

A. It’s been a great experience in India so far. To be honest, life is absolutely different from where I come from, that is Germany and Cameroon, and the culture is quite different too. This is a good experience for me as I try to learn more about this country.

The environment here and around the club is great, and it is making the adaptation process easier. The club administration and team have made it very easy and it didn’t take long for me to understand how we have to work here. I feel I have adapted myself really fast and well.

Q. The new I-League season is almost here. How have your preparations been going?

A. We have had enough time to prepare ourselves and I must say that the team is doing a great job. We are playing a lot of friendly games against both ISL and local teams as well, which has given us a great assessment of how things are going on and allowed us to establish the philosophy with which we want to play.It was a little challenging in the beginning but now, the players understand exactly what they need to do and what is expected from them. Overall, the preparation has been good and we can be happy with the results we have achieved.

Q. Your team is the double defending champion for the league but for you, it will be the first time coaching in India as well. How do you approach this situation?A. Yes, Gokulam Kerala are the double defending champions and we are determined to defend this title. We are working hard for it and know that it will not be easy. Every team will fight hard to stop us from making it three in a row and it will be a difficult responsibility. We are preparing for it vigourously and everybody at the club knows in their minds that we are ready to win the championship and defend our title.

Q. After two seasons, the team will finally get to play I-League matches in front of the fans. How much are you looking forward to having them? How important is the fans’ role?

A. Playing in front of the fans is one of the most important motivations a player needs. We know that the fans expect more from me and the team, and we are preparing to make them happy with the type of football we want to play. We want to play attractive football and win.The most crucial thing for fans is to see the team play well and fight for the result, and we will be grateful if we can make the fans happy. We appeal to them to come and support us. We need them in the stands and we will make sure that we can make them really happy.

Q. Your team’s squad has undergone a number of changes as compared to the last season. What are your thoughts on the team and their potential style of play?

A. Many players from last season have departed the club and there have been a lot of changes. But, we will do our best to find the optimum players for each position and we are certain the squad has a lot of quality. They are doing well and have the potential to play and compete in the I-League. They are working hard for it.

We expect them to keep working like this as they have shown their capabilities in pre-season training and friendlies. That’s why we have confidence that we can defend this title with the quality of players we have. We have a lot of potential in the team and have to fight together as a unit.

Q. What are your expectations and targets for the coming season?

A. The expectation from the players, staff, and fans is to be together and fight together, and then we can expect the results to follow. I hope for a good fighting spirit from my players on and off the field and I am confident that when we do it, we can achieve our objective of finishing first in the league.