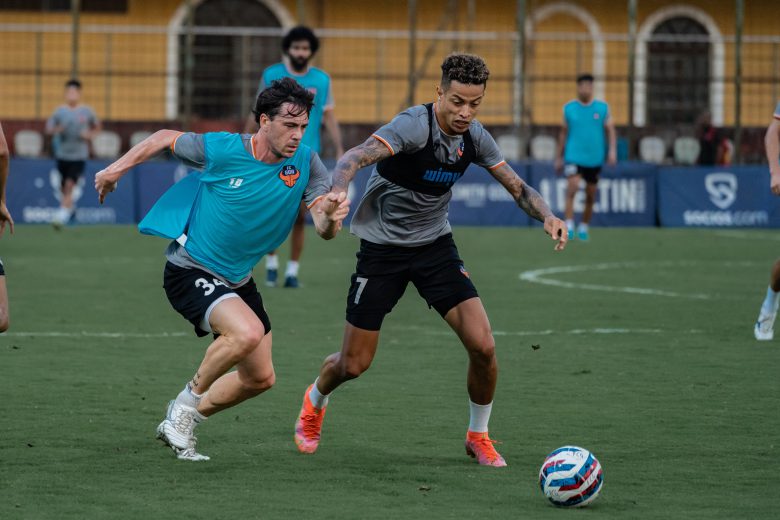 Goa, October 11, 2022: The long wait to see FC Goa’s stars on the pitch once again ends soon, with the Club set to take on East Bengal FC in their campaign opener of the Hero Indian Super League 2022-23 on Wednesday.

That though is not all, as this will also be the first ISL match that the Gaurs will play in front of fans in 950 days.

Hence, when they take to the field at the iconic Vivekananda Yuba Bharati Krirangan (VYBK), also known as the Salt Lake Stadium in Kolkata on the 12th, Carlos Pena and his boys will be eyeing a win against East Bengal as they look to set the right tone for their league campaign.

Former Indian national team head coach Stephen Constantine leads the charge at the Red and Golds, who began their season with a deflating 3-1 defeat away at Kerala Blasters last Friday. They would hence be eyeing a comeback as they lock horns with FC Goa on Wednesday.

This will also be their first home game of ISL 2022-23, which would make this an even bigger challenge for the Gaurs as the fans of the Kolkata giants seldom disappoint when it comes to backing their team from the stands.

Carlos Pena, who was a part of the FC Goa playing squad when the Club last played the ISL in front of fans, is now back as the Club’s head coach. And he believes that the team’s strong personality will reflect on their performances this season.

“We’re really excited about the start of the new season. We had a good, lengthy pre-season where we worked hard on ourselves, and now we’re looking forward to the matches,” he said in the pre-match press conference on Monday.

“They (East Bengal) may have lost their first match, but the fact that they’re going to play in front of their own fans is one of the reasons that makes them strong. It’s going to be a challenge for us, but we will be brave. The game is important for both teams.

“One thing that I’ve noticed with our squad during pre-season is our personality. We’ll play with a strong personality, going for the win right from kick-off,” he further added.

While every new season brings with it lots of hope, the ISL 2022-23 season will be quite different for FC Goa compared to their previous campaigns in the league. For starters, the Club are looking to pull themselves back to the top end of the table after an uncharacteristic performance last season where they finished ninth.

For a side that reached the playoffs six times out of eight in the league’s history, FC Goa’s performances were below-par by their high standards, as evidenced by the squad overhaul that the Club oversaw during the summer.

With as many as seven new signings including five foreign players and a new head coach, the new-look Gaurs have their task cut out to get themselves back to the playoff spots once again.

Pena’s boys will start their league phase with three successive away games, before returning to the Pandit Jawaharlal Nehru Stadium at Fatorda on November 3 to play their first home match. That said, good results in this early away phase, is quite important for the Gaurs to get back on their feet. And as midfielder Iker Guarrotxena put it in the pre-match press conference, it is a challenge and it starts on the 12th against East Bengal.

Mumbai Marines FC get back to winning ways, seal a 3-0 win over  Skorost United FC in MFA Super League match.
India go down to USA in FIFA U-17 Women’s WC opening match