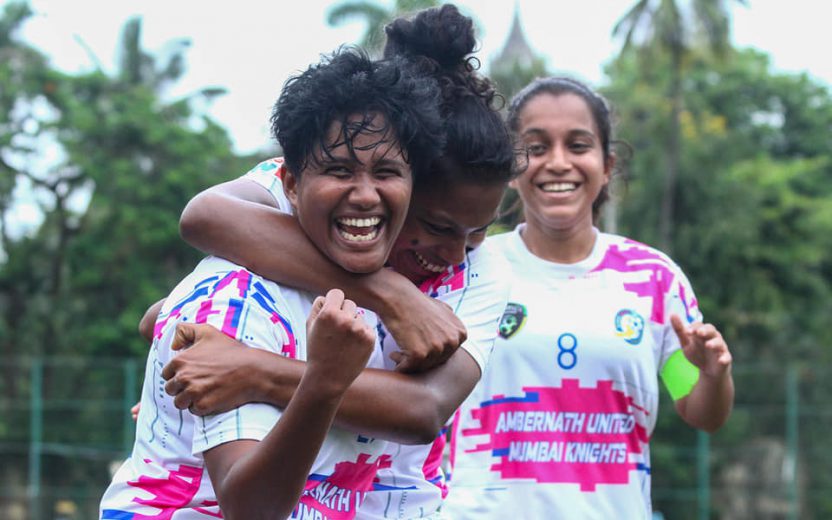 The race for the league leader’s position looks to be heading towards a feisty battle between PIFA SC and Mumbai Knights. Both teams have been on a winning streak with an impeccable goal-scoring form while defensively neither has conceded even once.

The Tuesday morning encounter saw PIFA take on fellow unbeaten side Aspire FC. The Pune-based Aspire FC did start brightly, going for the attack right from the start. However, the attacking game plan left lot of spaces in their defenses. The PIFA defense weathered the initial storm quite well with some discipline defending. At the other end, Aspire had very little room for mistakes and were soon caught out as PIFA capitalized on defensive spaces with two quick-fire goals in the space of two minutes.

Leagues’ Top scorer Sasmita Behera opened the scoring in the 15th minute before Akanksha Kandalkar doubled the lead a minute later. The two quick goals rocked hard for Aspires as they looked to slowed down the game afterward. PIFA were happy to sit back and take on their opponent on counters. In the 42nd minute, Sasmita added one more to the tally to make it 3-0 at the break.

In the second half, PIFA took the charge early on as a defensive miscommunication between Aspire Goalie and defender allowed PIFA striker Akanksha to tap in to the empty net. The game ended at 4-0 score line as PIFA continued to hold its top spot in the league.

In the second game of the day, one of the tournament favorites Mumbai Knights continued on their rampaging run with a 7-0 hammering of FSI – Navi Mumbai. The Steven Dias Managed club had 5 goal scorers in the game with Priyanka and Namrata Thakur scoring braces each.

In a one-sided affair, Valencia D’mello broke the deadlock in the 7th minute to kick open the floodgates. In the 21st minute, Namrata Thakur smartly beat the offside line in a free-kick situation to latch on to a cross and shoot it past the keeper to make it 2-0. Mmehak Lobo then added one in the very next minute to make it 3-0 before Priyanka slotted one past the keeper to make it 4-0 in the space of 24 minutes into the game.

Namrata added one more to the tally minutes before the halftime whistle. On the restart, Knights continued their rampage with Priyanka and VK Srutilakshmi finding the net. With 7-0 lead at the hour mark, the Knights eased out a bit as Coach Steven Dias rang in a number of changes for the side giving some of the bench players some key minutes.