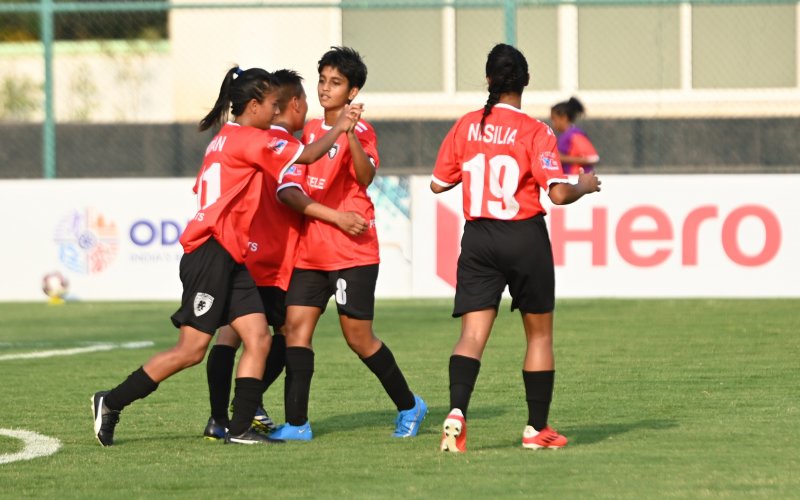 The Mumbai-based club found the breakthrough in the 21st minute as Nisilia Majaw converted an outrageous assist from near the halfway line by Iawanlang Nongbet. In a quickfire setup, Lalunsiami exposed Hans Women’s sloppy defending and put the ball past the goalkeeper to make it 2-0 for PIFA Sports.

Despite controlling the majority of the ball possession, Hans Women could not deliver in the final third. On the other end, speedster Lalnunsiami kept troubling the Delhi club’s defence and eventually scored her second in the 40th minute to make it 3-0. 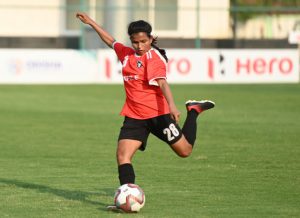 After switching sides, PIFA Sports took off right from the get-go with Karen Pais beating the opposition goalkeeper from close range to make it 4-0. The skipper controlled a perfectly lobbed free-kick from Afreen Peerbhoy before getting onto the scoresheet.

It just kept getting better for the side from Colaba as a few minutes past the hour-mark, substitute Akanksha Kandalkar made it 5-0. She took her chance from long range only to find Hans Women goalkeeper off the line. To put an end to the game, Nisilla Majaw completed her brace by adding her side’s sixth goal in the 67th minute.

The winning side, although, was dealt an injury blow in the 85th minute as Lalnunsiami was stretchered off with a shoulder injury. Nevertheless, they kept on with their attacking display. Substitute Kimberly Fernandez almost scored from a direct free-kick, with her shot hitting the wrong side of the crossbar.

Hans Women attempted to pull one back before the full-time whistle, but to no avail as the game ended 6-0 in PIFA Sports’ favour.