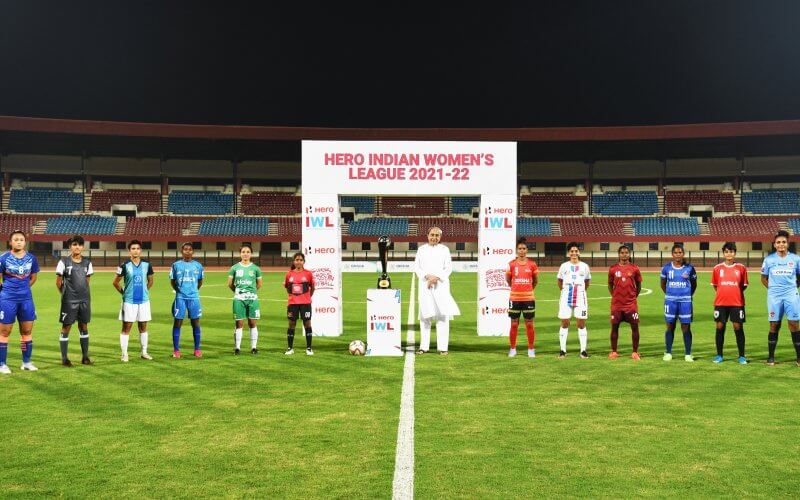 The Hon’ble Chief Minister of Odisha Shri Naveen Patnaik met with the 12 respective captains on the eve of the Hero Indian Women’s League at the Kalinga Stadium in Bhubaneswar on Thursday, April 14, 2022.

The Chief Minister greeted the 12 captains and wished them the very best as they posed for pictures with the coveted Hero IWL trophy.

The Hero IWL will be hosted across three venues in Bhubaneswar, and for the first time, will consist of 66 matches in an expanded format involving 12 teams with logistical and infrastructural support from the Government of Odisha. AIFF General Secretary Mr. Kushal Das thanked Odisha Sports for their support in hosting the league. 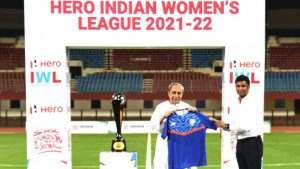 “We are very happy to be hosting the Hero IWL once again, and the response we have received in Odisha has been immense. I sincerely thank Shri. Naveen Patnaik, Odisha Sports, and FAO for the support they have shown towards the development of Indian Football,” said Mr. Das.

Odisha Sports Commissioner-cum-Secretary Vineel Krishna said, “It is our pleasure here in Odisha, to host a prestigious tournament like the Hero IWL and we would like to welcome all the participating athletes with open arms. Under the guidance of the Hon’ble CM Shri. Naveen Patnaik, Odisha Sports has taken a leadership role in the development of Indian sports, and women’s football is an integral part of the ecosystem.”

FAO Joint-Secretary Mr. Avijit Paul said, “We are all working together towards the same goal, that is to host such high quality tournaments in Odisha. The Government of Odisha and FAO has always been working closely and we are thankful for the support from AIFF as well. Our goal is to make Odisha a gem of Indian Football.”