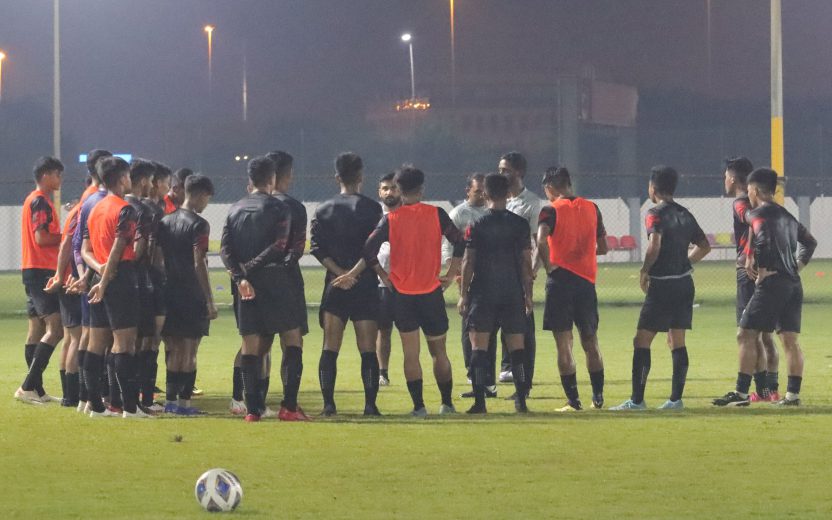 AL KHOBAR, SAUDI ARABIA: The India U17 Men’s National Team will be on their guard as they prepare for their next test against Myanmar, who head coach Bibiano Fernandes believes is a tougher prospect than their previous opponents in the AFC U-17 Asian Cup 2023 Qualifiers.

India have begun their Group D campaign with back-to-back victories against Maldives (5-0) and Kuwait (3-0), and will now look to carry the momentum forward against Myanmar at the Prince Saud Bin Jalawi Sports City Stadium in Al Khobar, Saudi Arabia, on Friday, October 7, 2022. The match will kick off at 8.45 PM IST, and will be streamed live on the Indian Football Team Facebook page.

“We have seen Myanmar play their last two matches, and they were actually the better team in their game against Kuwait. It was just unfortunate that they lost by a small margin,” said Bibiano Fernandes on the eve of the India U17s’ game against Myanmar.

“We are well aware of their capabilities, and are preparing likewise. The most important thing is that the boys are 100 per cent motivated, and have the belief that they can go all the way,” said Fernandes.

India currently sit at the top of Group D with six points by virtue of their head-to-head record, and it is something that Fernandes puts down to the sheer hard work put in by the boys.

As per the head-to-head rules, when more than two teams are tied on the same number of points, the points earned in the matches played between the concerned teams are considered to decide the order in which they will be placed on the table. In this case, India, having beaten Kuwait, have gained a momentary advantage on the table, as hosts Saudi Arabia are yet to face either the Blue Colts or Kuwait.

“We have been working hard in every game. We have seen Kuwait playing, and the boys have really put in their shift, both in training, and during the game,” Fernandes stated. “By God’s grace, we saw the fruits of that hard work against Kuwait. Now we need to continue that in our last two matches as well.”

India’s match against Kuwait saw a number of fans supporting the Blue Colts from the stands, something that turned out to be a bit of a pleasant surprise for the entire team.

“I did not think that we would get such support from the stands in Saudi Arabia, but as it happens, we have supporters everywhere, and that’s really a big advantage,” smiled Fernandes. “We played a very good game in the first half, but our second half performance could have been better. However, the solid support from the block of supporters in the stands gave the boys a lot of impetus. I hope they keep coming back for our last two matches as well.”