Mumbai knocked out after losing to Nagpur on penalties 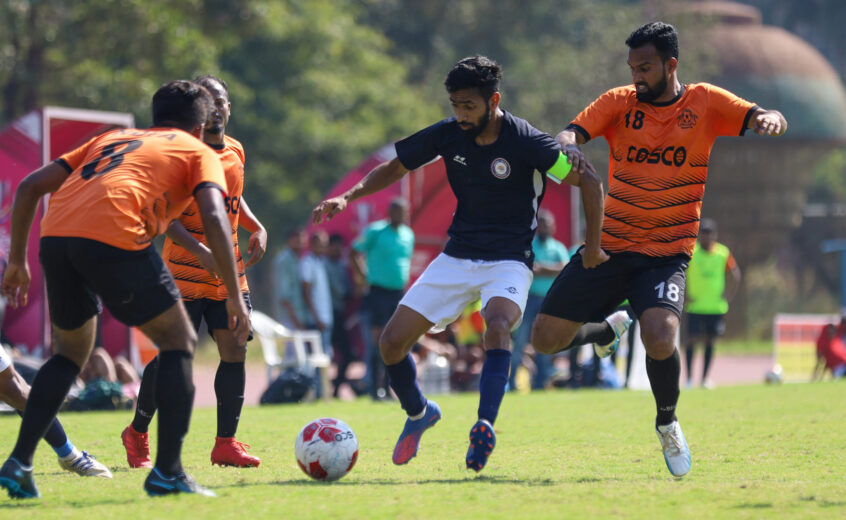 In the second semifinal of the day, after normal time ended in a 1-1 stalemate, Mumbai were knocked out as Nagpur held their nerves in Penalty Shootout to make it to the finals of the competition.

Mumbai started out brightly with some good attacking runs, however, Nagpur held their defensive shapes solid to keep the Mumbai attacks at bay.

In the opening exchanges, Arif sheikh came close to breaking the deadlock only to be denied by the woodwork as his header came off the bar.

Nagpur keeper Owais Khan was on top form as he pulled off some incredible saves in the game, first from Ashley Koli’s shot then moments later denied Shravan Shetty’s attempt, thereby managing to keep the scoreline 0-0 at the break. Shravan soon after set up another chance when his cutback found Ashley Koli in space however the latter failed to find the net.

It was in the second half the game finally saw a goal. Midway through the half, Sunny Thakur delivered a dangerous cross inside the box that Nagpur’s defense did not clear away properly allowing Johnson Mathew to make a run into the box and strike it past the keeper to put Mumbai in front.

With the time running out, Nagpur started pushing for the equalizer and were eventually rewarded when minutes before the full-time whistle Mehul Sindram’s jump met a cross into the box as the ball sneaked into the Mumbai goal to level the score.

The game entered penalty shootout where Nagpur held their nerves better to beat Mumbai and reach the finals for the consecutive season. They now face host Pune for the title.