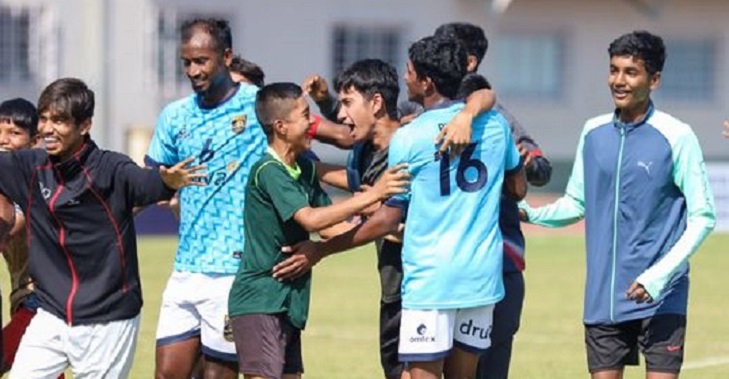 In an interesting turn of events, three-time title holders, as well as defending champions Kolhapur, were knocked out of the WIFA Inter District Championship in the semi-finals by rock-solid host Pune

In the first semifinal of the day, three-time champions Kolhapur faced off against host Pune. The early proceeding saw Kolhapur taking the charge but were profligate in their attacks.

Pune soon came into the game as they came close to scoring when Satish Hawaldar’s freekick came off the bar. Around the half-hour mark, Pune broke the deadlock from a quickly taken freekick which Satish H latched onto before sending a cross that striker Sudeesh M tapped home to make it 1-0.

In search of the equalizer, Kolhapur put men forward but failed to break a resolute Pune defense. They came close from Indrajeet’s corner which Pawan headed wide while Prabhu’s freekick was well saved by the Pune Goalie.

Soaking in the pressure, Pune looked played on the counter and took their chance in the 85th minute when after a counter-attacking move saw the initial shot deflected off Pawan and fell on the path of Sumit Bhandari who made no mistake in finding the net.

There was a late rally from Kolhapur but nothing came of it. They first went close when Rushikesh’s header came off the bar and a few moments later a late strike from Karan brought out a brilliant save from Pune Custodian Shivam. The game ended with host Pune qualifying for the final and set up title clash against Nagpur.

‘Need to develop strikers who can finish’, says Klinsmann Doha, December 18:
Mumbai knocked out after losing to Nagpur on penalties