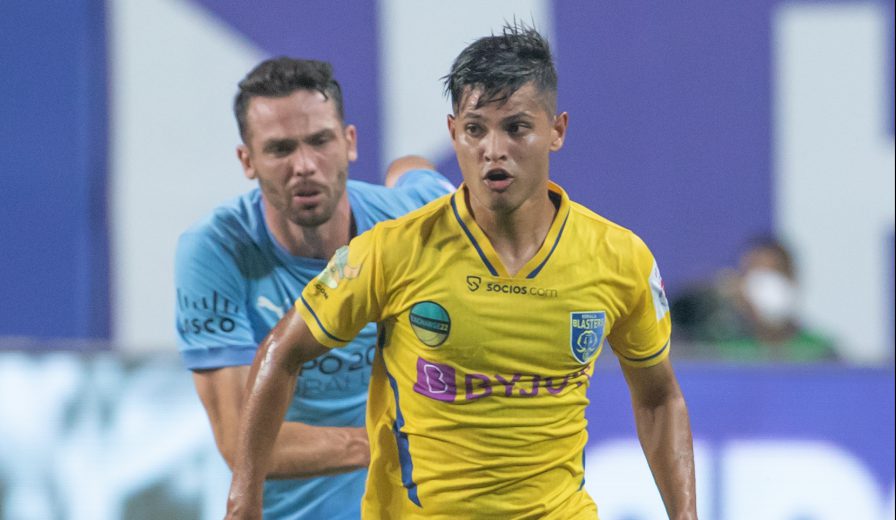 Mumbai City FC have reached an agreement with Kerala Blasters FC for the transfer of left-back Sanjeev Stalin to the club.

Sanjeev Stalin, who was a part of India’s U-17 World Cup 2017 team, will be playing for the Islanders this season subject to medical clearance.

The 21-year-old left-back signed for Kerala Blasters last year on a three-year deal. Featuring in 8 games for Blasters, the left back was impressive enough to catch the eye of Mumbai CIty scouts.

Stalin has represented India at the U-17 and U-20 levels – including the 2017 FIFA U-17 World Cup, where he contributed to India’s only ever goal in the World Cup Competition. It was Stalin’s assist from the corner that led to, Jeakson Singh’s headed goal against Columbia.

Before joining KBFC, Stalin also had a stint in Portugal with 2 clubs. In 2019, Stalin joined the Deportivo Aves U-23 side to continue his development before switching to another Portuguese club Sertanense on Loan.

Stalin started his youth career at the Chandigarh Football Academy and progressed to the senior set-up in 2017, featuring for the Indian Arrows. Having developed a reputation as one of the most promising young footballers in the country with a penchant for set-pieces, Stalin went on to make 28 appearances for the Indian Arrows over 3 seasons.