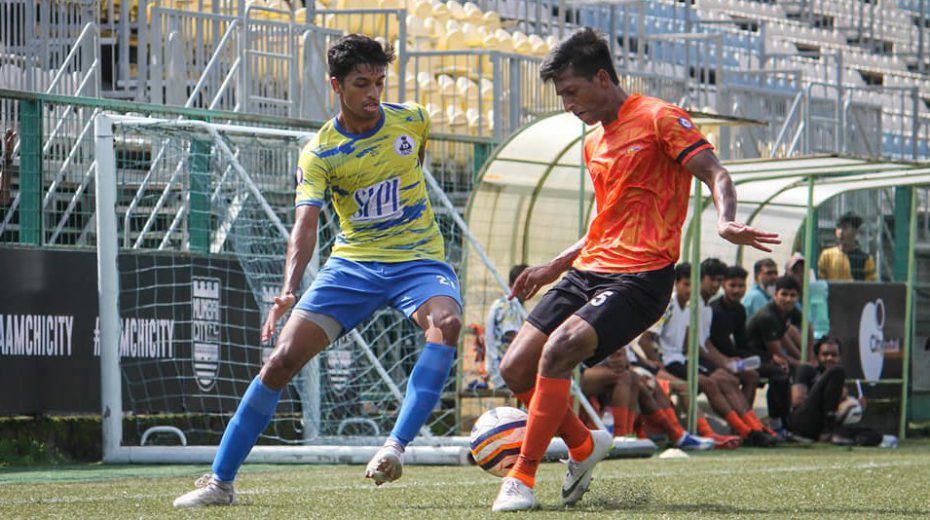 With this win, Bank of Baroda once again takes the top spot in the league table of MFA Harwood Champions League with 9 points from three games.

Customs started out brightly with Shrikant Veeramallu latching onto a miss from Anas at the centre of the field. The former then laid it off for Dhaval whose shot went just wide. Few minutes later, a cross from the right flank was headed goalwards by Dhaval only for Keeper to deny the striker.

At the other end, BOB created a chance of their own when Sanket Humbe cut inside just outside the box before laying it off for Saurabh Nikam whose shot was saved by Pradeep Kumar between the sticks for Customs.

In the 2nd minute of the first-half injury time, Sandesh fouled the BOB attacker just outside the box. Rakshit Pillai’s freekick came off the bar before reaching Hardik Bhatt on the right flank whose cross inside the box was flicked home by Karthik Mundhada at the near post as BOB went into the break with a goal lead.

In the second half, BOB continued with their attacking intent with Saurabh Nikam forcing a save from the Customs keeper. A few minutes later, Sanket laid it off for Saurabh again who made a brilliant solo run before placing it side off to an onrushing keeper only got the ball going inches off the side post.

Midway through the game with Customs pushing men forward in attack, Hardik Bhatt tried an audacious shot from distance seeing the Customs Goalkeeper off his line but the ball just missed the net. Later in the game, Hardik had another attempt on goal when his Free kick into the 6-yard box was missed by the goalkeeper however the ball went just wide of the post as the game ended 1-0.