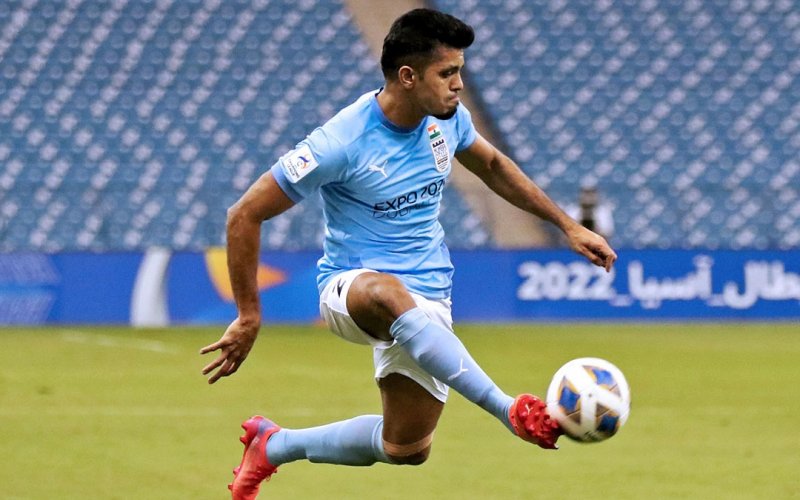 Mumbai City FC drew 0-0 against Al Jazira Club of the UAE in their fourth game of the AFC Champions League at the King Fahd International stadium in Riyadh, Saudi Arabia on Monday.

The match was a hard-fought affair with neither side willing to give up chances to their opponent. Both sides went away with a point each.

The point kept Mumbai City FC in the hunt for a spot in the next round but also helped them script history as they have now recorded the highest points tally by an Indian club in the AFC Champions League beating FC Goa’s tally of three points last season.

Al Jazira started the game well but the Islanders did well to resist the early pressure.

With nearly one-third of the match done, neither side created any clear chances to score with the first 25 minutes of the match being a very cagey affair.

In the 30th minute, Bruno’s shot from a cross was brilliantly saved by Mumbai City FC goalkeeper Phurba Lachenpa to keep the scoreline at 0-0.

Just before the end of the first half, MCFC gave the ball away cheaply, but Bruno’s shot was off target. Minutes later, Diaby took a shot from point-blank range but Lachenpa again produced an exceptional save. That brought an end to the action in the first half.

The second half began just like the first with both sides struggling to create chances. Bruno had another opportunity to give his side the lead, but again  his shot went off target.

Lachenpa continued his stellar performance from the first half and kept denying Al Jazira the initiative inb this match.

In the closing stages of the game, Diego Mauricio was through on goal but couldn’t break the deadlock as his shot was saved by Ali Khasif.

That was the last of the action in the game and the match ended in a goalless draw.

The draw lifted Mumbai City FC to third place in Group B and with four points they are level with second-placed Al Jazira Club on points.

The Islanders next face Al Shabab in their fifth match of the group stage in the early hours of Saturday (Indian Standard Time).