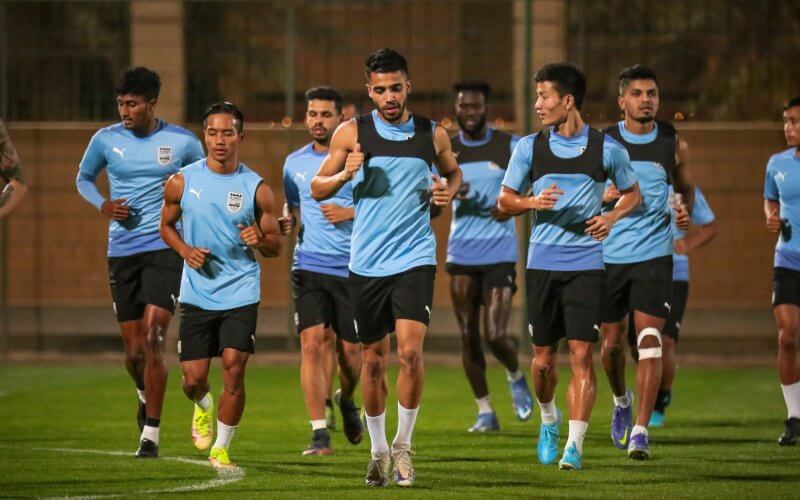 Making their debut in the prestigious AFC Champions League, Mumbai City will face off against Saudi Arabian side Al Shabab in their opening game of Group B in the 2022 edition of Asia’s premier club competition. Des Buckingham’s side will take to the pitch at the Prince Faisal bin Fahd Stadium in Riyadh, Saudi Arabia on Friday, April 8, at 8:15 PM AST (10:45 PM IST).

After an unceremonious end to their domestic campaign, The Islanders regrouped and resumed their preparations for the AFC Champions League in mid-March in Abu Dhabi, UAE. As a part of the preparations, Mumbai City faced Al Ain FC and Al Hilal United FC in two friendlies during their time in the UAE winning both 2-1 and 2-0 respectively.

Des Buckingham and the Mumbai City contingent arrived in Riyadh at the beginning of April, where they will be playing all six of their Group B games in the 2022 AFC Champions League, and have been preparing at the training facility inside Prince Faisal bin Fahd Stadium.

Saudi Arabia’s Al Shabab are one of the forces to reckon with in this edition of the AFC Champions League. The six-time Saudi Pro League champions are also the hosts of Group B. With a star-studded squad with the likes of Luciano Vietto, Ever Banega and Alfred N’Diaye, Al Shabab qualified for the 2022 AFC Champions League by finishing second in the 2020-21 Saudi Pro League.

The Riyadh-based side are coached by Romanian Marius Șumudică who recently returned to Al Shabab in March 2022 for his second stint as head coach of the club. This will be Al Shabab’s 10th appearance in the AFC Champions League, with their best run having come in 2010 when they made it to the semifinals, only to lose out to the eventual champions Seongnam FC. 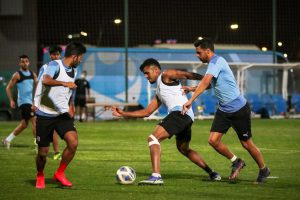 Currently in fourth place in the 2021-22 Saudi Pro League, Al Shabab have won three games from their last six and come into the AFC Champions League Group B opener off the back of a closely-fought 2-1 defeat to Al Hilal in the Saudi King’s Cup semifinal.

Des Buckingham has confirmed that midfielder Rowllin Borges will play no part in Mumbai City’s AFC Champions League Group Stage but has traveled with the squad as the club’s vice-captain and an integral member of the team. The rest of the squad remains available for selection.

Des Buckingham stated, “The game tomorrow is one we’re looking forward to. It’s only the second time an Indian club has been at this level and it’s the first time for our club, so it’s a very historical moment for us and it’s something we’ve looked forward to for almost 12 months. It’s exciting now to be here and we look forward to the tournament.”

Lallianzuala Chhangte said, “It will be a great opportunity to show ourselves and express ourselves at this stage and show what Indian players and clubs are capable of. Our preparations have been very good and we’re prepared for it.”

Also Read: Dennerby stresses on giving chances to youngsters ahead of Jordan clash

Dennerby stresses on giving chances to youngsters ahead of Jordan clash
From a young boy in Navelim to skipper of Churchill Brothers, in conversation with Richard Costa