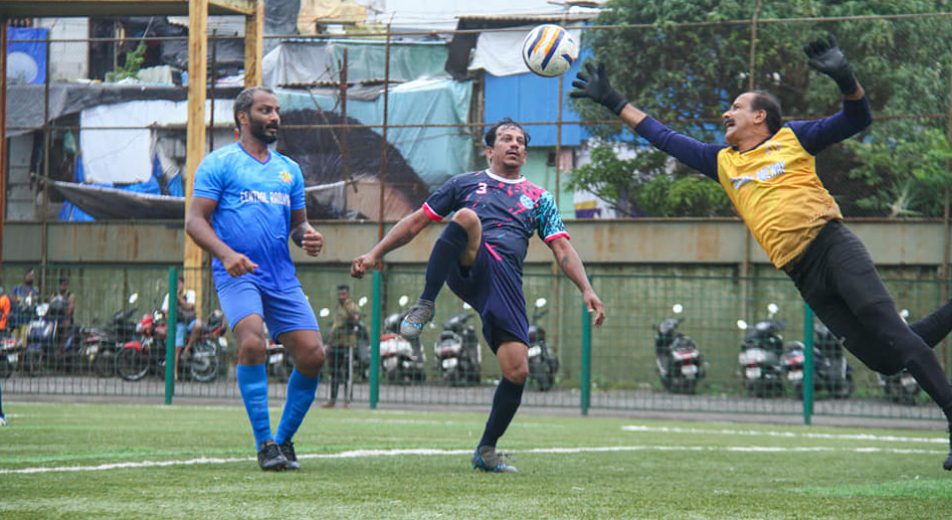 The opening game of the day saw Ambernath United face off against Sunday Boys. After an initial back and forth opening minutes, Ambernath United started to grow into the game and a Ryan D’souza strike minutes before half-time put them in the lead at the break. In the 2nd half, Thomas Lonappan doubled the lead midway through the half to make it 2-0. The game eventually ended with Ambernath United picking all three points.

The 3rd game of the day was the Group D fixture between CRSA and Mumbai Port Trust. Both sides match themselves equally in a back and forth game that ended in a 1-1 stalemate. Adil Ansari broke the deadlock midway through the first half to CRSA in lead. However, minutes before half time whistle, Roy Lewis slotted home the equalizer as Mumbai Port Trust came back on level terms. The second half continued to be in the same spirit but neither side managed to add to their tally as the game finally ended in 1-1 draw.

In the final game of the day, Veteran defender Hekmat Singh brought out his goal-scoring boots as Mumbai Knights rallied from a goal down to beat Madanpura United 2-1. Mario Calderia had put Madanpura United to an early lead much to the delight of their supporters who came in good numbers. However, just when Madanpura looked set to head into the break with the lead, Hekmat Singh pulled one back for Mumbai Knights to go on level terms.

Later in the second half, Hekmat added another to his and his team’s tally as the knights took the lead. Despite some late pressure from Madanpura, no goals were further added as the game ended in favour of Mumbai Knights