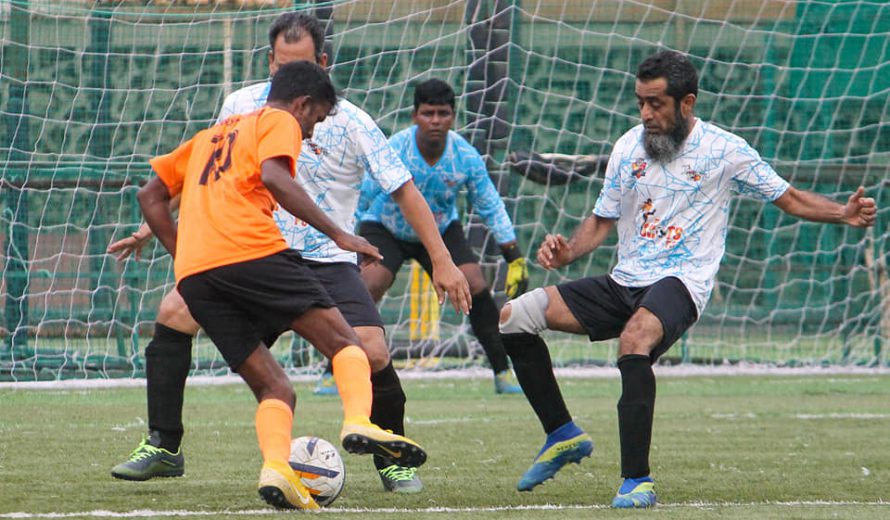 Ace Veterans and Life Long Veterans also picked up wins in their respective encounters, while Cloaba Stars and Off Shots FC played out a goalless draw on the opening day of the MFA Veterans Tournament

MFA Veterans Tournament – an initiative by the Mumbai Football Association intended to revive football among the senior generation kicked off its inaugural season on Friday, July 22nd at Neville D’souza football turf. The initiative is to bring the tournament into the mainstream and give adequate spotlight and importance to bridge the gap between the younger and the senior generation.

The Mumbai Football Association also aspires to utilize this tournament as a campaign to promote and educate the masses about the history of Mumbai Football. Many former City football stalwarts are participating in the competition. Melwin Vaz, Shankar Thakur, Chirag Shaikh, Vijith Shetty, Hekmat Singh, Santosh Koli, Godfrey Pereira, Yusuf Ansari, Sanjeev Verma, Kasif Jamal and many more will be playing in the competition.

Day 1 of the competition saw 4 games played out. The opening match of the competition saw Golden Gunners take on Tarun Sporting. Both sides had an enterprising start but it was the Gunners who held their nerves better throughout the two halves. Glen Moraes broke the deadlock at the stroke of halftime before Prakash Patil doubled the lead near the end to finish off the game.

In the second game of the day, Life Long Veterans beat UKFC by a Solitary goal margin as Sunil Pereira’s 27th-minute strike turned out to be the difference. In the 3rd game of the day, Ace Veterans breezed past Future Star with a convincing 3-0 win. Nishad Payyapantha scored a first half brace before Sunil Thampi finished off the game with a third goal in the second half.

The final match of the day played between Off Shots FC and Colaba Veterans Stars ended in a goalless draw as both sides opened their points tally with a point each.