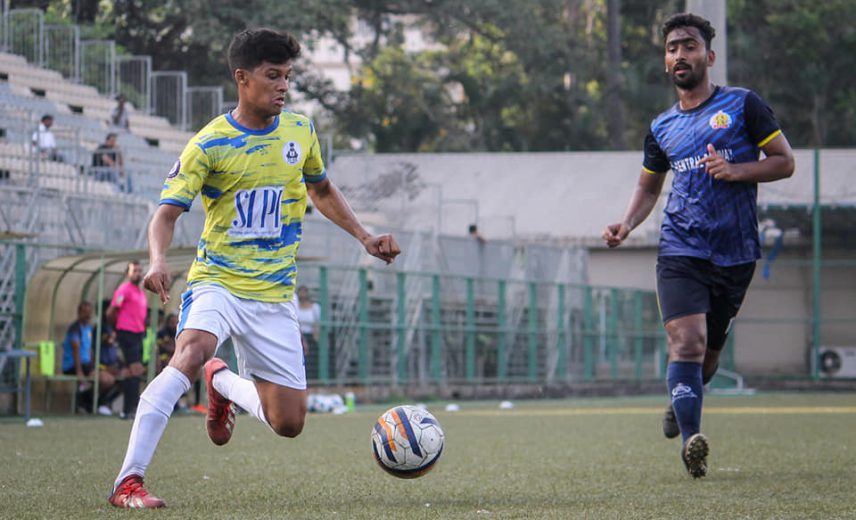 Mumbai Customs continued their winning streak with a hard-fought win over Central Railway courtesy of a goal from John Coutinho’s free-kick. Despite the loss, Central Railway produced a solid defensive display that Customs found hard to break in and their best chances came in set pieces.

Early in the game, Customs had a free-kick opportunity which Praneel took over. His shot deflected off a Central Railway defender which referee deemed off as handball and pointed to the spot-kick. Sajjad Alam stepped up for the Penalty but his strike failed to beat the CR Goalkeeper as the score remained 0-0. However, in another Free-kick chance, John Coutinho stepped up to send a brilliant left-footed shot to beat the keeper and break the deadlock. Customs continued with their attack for the rest of the game but failed to beat CR’s defense again as the game ended 1-0.

PIFA rode on a brilliant first-half performance where they struck four goals to run away with the game. Daniel struck a brace whereas Shamer Swamy and Nikhil Pal Chipped in with one each to complete the rout

In another encounter, Sellebrity FC  knocked off Sea View – FSI challenge with a comfortable 3-1 win. After a goalless first half, Sellebrity took control of the game in a span of six minutes as they smashed three goals in the process. Brendan Pires broke the deadlock in the 52nd minute before Shailesh Jadhav converted a penalty opportunity. Kaustubh Ravindra knocked the 3rd in the 58th minute to take Sellebrity to a comfortable position. Revan Munthu pulled one back in the 90th minute but it was too late for a comeback by then.