The Hero Indian Women’s League is finally back again with the 2021-22 season, in a new format that sees as many as 12 teams fight it out in a round-robin format across three venues in Bhubaneswar, Odisha.

With the first round of the matches done, we take a closer look at some of the sides that are fighting it out for the top prize, which would also see the respective champion club participate in the AFC Women’s Club Championship next season. 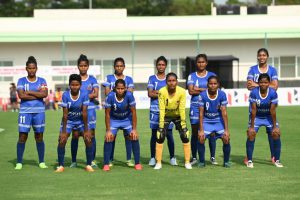 Captain Sumitra Xalxo is an experienced customer for the Odisha Police in defence, having played for a number of clubs including Bangalore United FC in the last edition of the Hero IWL, while midfielder Lochana Munda, who has had the experience finishing as champions and runners up in the Hero IWL previously with Rising Student Club, will be looking to conduct their play from the middle of the park. 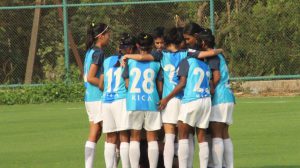 One of the traditional heavyweights of women’s football from the northern regions of the country, Hans Women FC joins the Hero IWL as the champions of the Delhi league.

Coached by Arun Mishra, Hans will be looking to use the experience of captain Jyoti Ann Burrett in the middle of the park. Apart from representing the Blue Tigresses in the past, the 32-year-old has also had the experience of stints with foreign clubs. 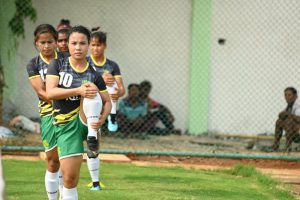 Kickstart FC come to the Hero IWL with a load of experience, having appeared in the previous edition as the hosts in Bengaluru as well. The side from Karnataka has roped in head coach Amrutha Aravind, who had earlier won the Hero IWL with Sethu FC in 2019.

The Karnataka club has a number of experienced customers in their ranks, with the likes of goalkeeper Linthoingambi Maibam and centreback Sweety Devi renewing their partnership at the back from the Senior National Team. Up front, Kickstart have a the experience of the wily forward Prameshwori Irom, who had played a crucial role in winning the Senior Women’s National Football Championship for Manipur last year. 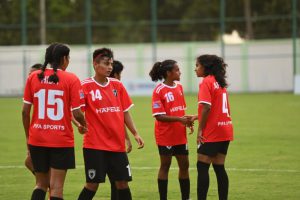 PIFA are an 18-year-old club from Mumbai, where they have played a crucial role in bringing up local players. The Mumbai outfit has qualified for the Hero IWL by winning the Maharashtra state league with an unbeaten campaign.

PIFA will be led by midfielder Karen Paes, who is a product of the PIFA academy, and has previously represented Hans Women FC in the Hero IWL. They also have defender Zairem and Lalnunsiami, who were a part of the Mizoram state team that made it to the semifinals of the Hero Senior Women’s NFC last year. 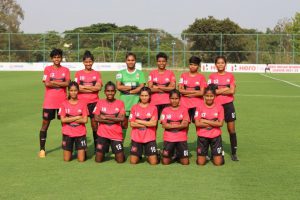 Debutants Mata Rukmani FC are a club that have sprung up from an ashram in Chhattisgarh, that caters to the less fortunate girls from the state. They have made it to the Hero IWL after an unbeaten campaign in the Chhattisgarh league.

With the aim to promote local girls, Mata Rukmani FC are featuring some of the brightest young talents from the state. Captain Laxmi Mandawi, attacker Priyanka Kashyap, goalkeeper Meena Kashyap, and midfielder Reet Kashyap, have all come through the system, and have played in the U-17 Women’s FootballTournament in Kalyani in 2019. 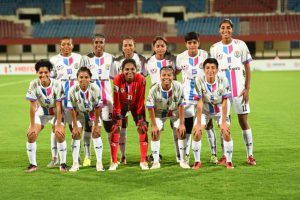 Sirvodem SC is a club that is also focused on the grassroots development of players from Goa, and have now come through as the champions of the Goa state league.