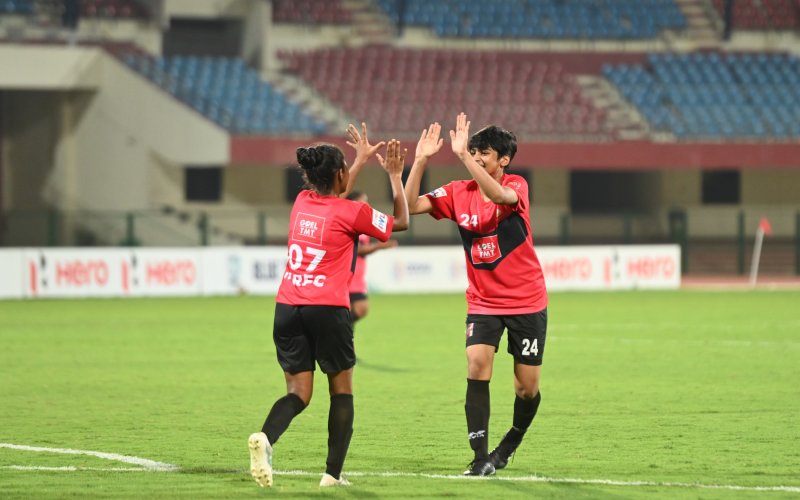 Mata Rukmani FC edged past Hans Women FC 3-2 at the Kalinga Stadium in Bhubaneswar to pick up their first win of the Hero Indian Women’s League 2021-22 on Wednesday, April 27.

The game turned out to be a feisty encounter right from the beginning, with both sides coming inches close to scoring. On one occasion in the 12th minute, Muskan Khan almost gave Hans Women the lead, but her effort from close range was denied by the woodwork.

Just before the stroke of half-time, Mata Rukmani’s Ripika Khorram put in a wonderful solo effort before forcing an error from Hans’ Sana Chanu as the latter tipped the ball into her own net to make the score 1-0 in favour of the club from Chhattisgarh. 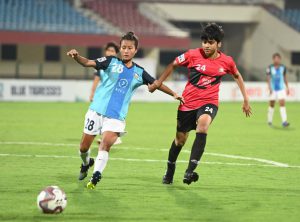 After the restart, Hans Women quickly pulled one back through captain Jyoti Ann Burrett who was lively throughout the game. However, on the other end, Mata Rukmani skipper Reet Kashyap produced a goal of the season contender in the 64th minute, striking it home from long range to make it 2-1.

The defender saw an opportunity and took her chance from almost the halfway line. The ball took an odd bounce in front of the Hans Women goalkeeper and landed straight into the net.

Having taken charge of the game, Mata Rukmani scored another through Priyanka Kashyap in the 78th minute. The No. 7 placed her shot perfectly into the top right corner from inside the box. However, immediately in the 84th minute, Hans Women reduced the deficit to make it 2-3.

Substitute Lakshmi Verma made the most of a perfect assist from Jyoti and struck from an odd angle to beat the goalkeeper at the near post. Unfortunately, her side couldn’t score another as the game ended 3-2 in Mata Rukmani’s favour.