Kickstart grab last-gasp win over Odisha Sports, make it 3 wins in a row 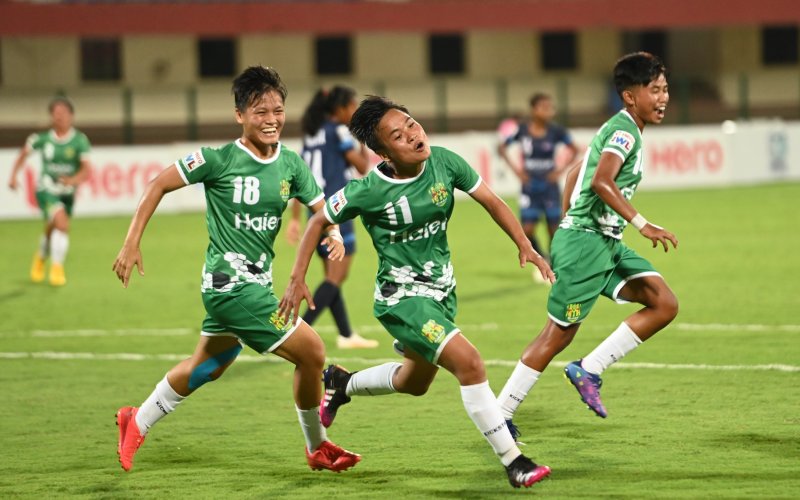 High-flying Kickstart FC picked up a last-gasp 1-0 win against Odisha Sports in their 3rd clash of Hero Indian Women’s League 2022 at the Kalinga Stadium on Saturday, April 23.

The Karnataka-based side started the game on the stronger foot, displaying good passages of play on occasions. Kickstart had four of their seven attempts on target in the first half, but couldn’t find the back of the net. On the other hand, Odisha Sports too found a couple of breakthroughs, but couldn’t capitalise from either.

After finishing 0-0 in the first 45 minutes, the two sides looked all set for a solid second half. Kickstart in particular managed 16 shots on goal. Credit to Odisha Sports defence, the scoreline remained unchanged until the dying minutes of the game. 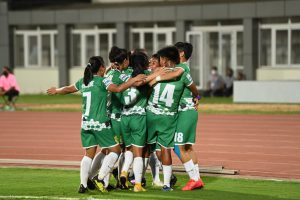 On the 90th minute, Irom Prameshwori Devi found space on the right flank and delivered a dangerous cross inside the box. The sudden force of the cross led to confusion between Odisha Sports’ defenders and Asem Roja Devi found herself in an advantageous position. The forward quickly reacted and lobbed the ball over Odisha Sports goalkeeper Sasmita Parida to give her side a crucial lead.

Odisha Sports had very little time left to equalise and in the end settled for an upsetting first defeat of the Hero IWL season. Meanwhile, Kickstart made it three wins in as many games, rubbing shoulders with league leaders Gokulam Kerala.