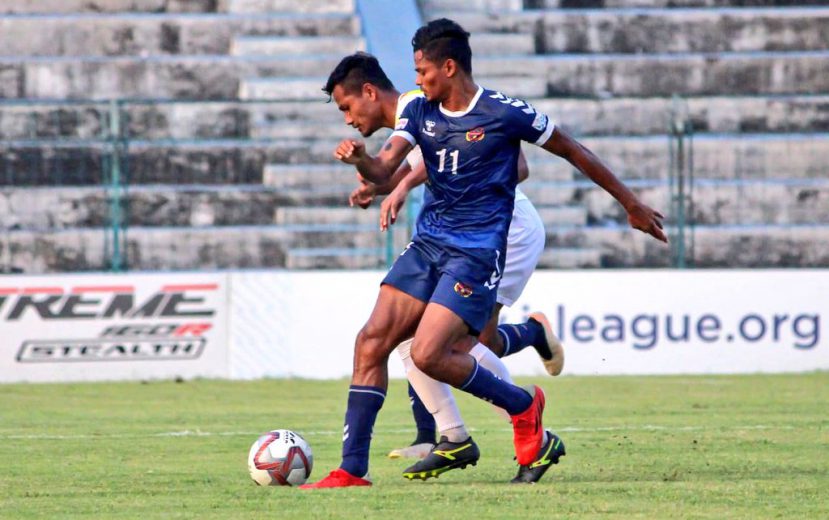 Kenkre were held for a goalless draw by TRAU FC in today’s I-League match at the Kalyani Stadium. The Mumbai outfit had better attacking opportunities but settled for a 0–0 draw against the Manipuri side.

TRAU FC started the proceedings and enjoyed early possession. Kenkre goalkeeper Padam was called into action early in the game as he made a tremendous save in the 6th minute to deny TRAU getting an early lead.

TRAU again tested Padam in the 20th minute, but his resilience bore fruits.

After dealing with the initial pressure, Kenkre kept restraint in the middle and in the back and negated several attempts by the opponents.

Kenkre’s resilient defense did its job as the first half ended goallessly. 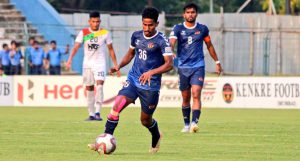 In the second half, Kenkre entered the pitch with much determination.

In the 58th minute, on a counter-attack, Kenkre’s Akeraj made a decent run in the right and passed the ball into the box, but it missed Ranjeet by a few inches, and the TRAU goalkeeper collected the ball.

In the 69th minute, Padam denied TRAU’s Sapam Meitei from taking the lead by stretching his left foot and stopping the ball.

Ten minutes before the regulation time, Ranjeet had a golden chance to win the game. The Kenkre forward made a good run into the box and took a shot from a close range, but the TRAU goalkeeper came out of his line to deny him break the deadlock.

The game ended in a stalemate. Kenkre FC will take on Real Kashmir FC on May 1, 2022.