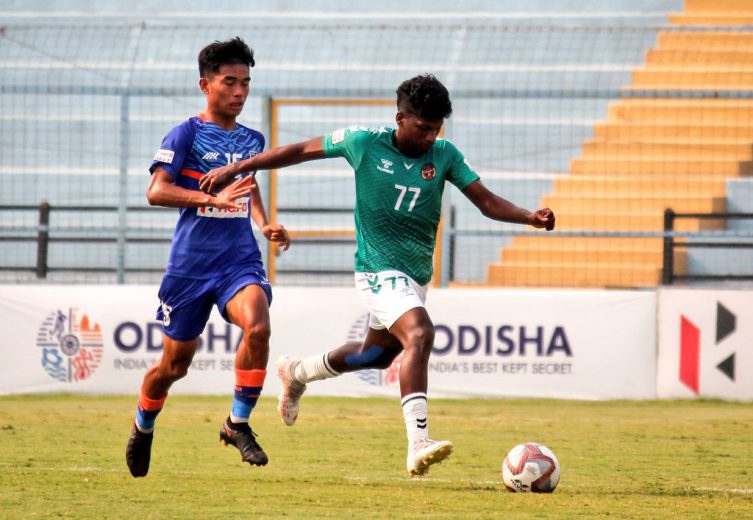 An unlucky Kenkre FC went down against Indian Arrows in today’s Hero I-League clash as they lost 1-0 at the Naihati Stadium.

Despite a better second half from Kenkre FC, Indian Arrows clinched the victory courtesy of Brijesh Giri’s goal in the 87th minute.

Kenkre had to resist the initial pressure from Indian Arrows in the first fifteen minutes of the game. Kenkre’s defenders did a good job of containing the pressure.

Kenkre had their first clear chance of the game in the 18th minute. A brilliant cross from Siddharth from the right flank found Aravindraj who took a shot but Indian Arrows defender Tanakdhar Bag blocked it for a corner.

Five minutes before the halftime whistle, Kenkre FC custodian Padam Chettri was called into action as he made a brilliant save to deny Indian Arrows open the scoring.

The referee blew the whistle at the end of the first half as it ended in a stalemate. 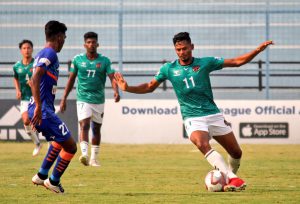 In the 55th minute, Kenkre forward Ranjeet came close to scoring but his header just went wide. In the 58th minute, Siddharth took a shot from a distance but Indian Arrows goalkeeper Syed Zahid saved it.

With 15 minutes to go, in search of an opening goal, Kenkre’s defender Zacharie went up in attack, making a brilliant run through the midfield to find Ranjeet inside the box, who cut it back to the Cameroonian as he made his own run inside the box. Collecting the ball well, Zacharie made the final pass to Vijay whose final shot failed to beat the Arrows keeper.

In the 78th minute, Kenkre’s goalkeeper Padam Chettri made 2 saves in quick succession and denied Indian Arrows the opportunity to score.

Kenkre’s resilient defense fell off in the 87th minute as Brijesh Giri scored a goal to give Indian Arrows the lead.

After going down, Kenkre put up a good fight for the last few minutes but could not score the all-important goal as the referee blew the final whistle, and the game ended with another defeat for the side from Mumbai.