The Indian Arrows, AIFF’s developmental side containing the young and rising stars of women’s football and the Goa based club Sirvodem SC are set to make their Hero Indian Women’s League (HIWL) debut on the opening day of the 2021-22 season. The match will kick off at 7:30 PM (IST) at the Kalinga Stadium in Bhubaneswar tomorrow (April 15, 2022) and will be live streamed on the Indian Football YouTube page.

Ahead of the campaign opener, Indian Arrows, Head Coach Suren Chettri said, “We are well-prepared for the first game of the season and ready to go all-out. As you know, football is always an ongoing learning process. We will keep working as the competition progresses.”

When asked about the opponents, Chettri stated, “They are all new to us, we don’t have enough idea about them, but the players are ready to take on the pitch and give their best”.

On the other hand, Sirvodem SC, who qualified for the league as champions of Goa are looking forward to a strong start to the season. Head coach Chitra was buoyant ahead of the match and discussed in detail about the side’s preparations. 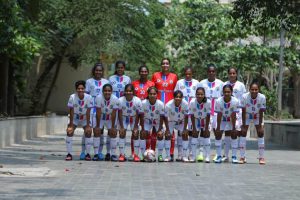 “Our girls are confident and have good teamwork. Our strengths will be maintained and the areas to improve can be assessed after the first match,” she stated.

Chitra went on to add about their HIWL debut and how the league will serve as a platform for their rising stars. “Sirvodem SC women’s team was formed just two years back and we are happy that we could play in the HIWL. Most of our girls are making their debut in this season, which would give exposure and experience to them,” she concluded.