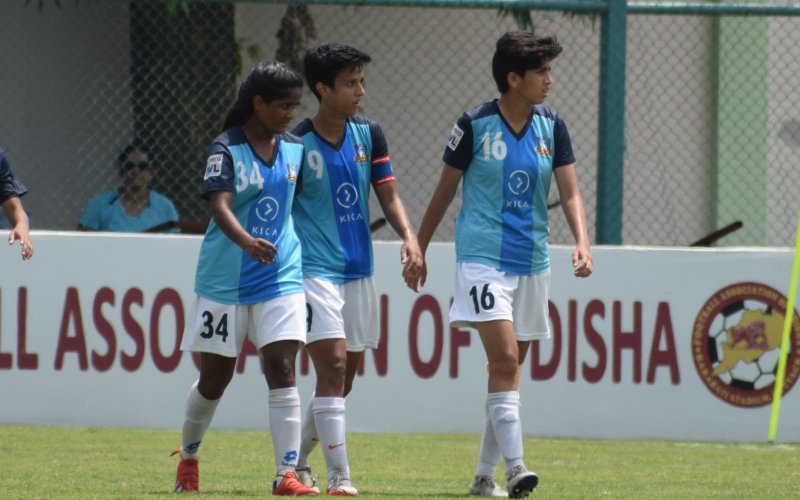 Hans Women registered a thrilling 3-2 victory against Odisha Police in their ultimate Hero Indian Women’s League 2022 game at the Capital Ground in Bhubaneswar on Wednesday, May 25.

Hans Women took an early lead in the 4th minute after Vaani Kalucha netted from close range. The team from Delhi kept its lead for the majority of the first half but went on to concede a penalty late in the 45th minute after a foul inside the box.

Shibani Mundari stepped up for Odisha Police and scored from the spot to put the scores level at the break. The two sides looked determined to take something from the game and began the second half on a strong foot.

This time, Odisha Police took the lead in the 69th minute, as Sarojini Tirkey tapped the ball in, following a melee inside the box. However, despite going down late, the Delhi-based side refused to give up and found their equaliser on the 89th minute. Muskan Khan delivered a wonderful cross from the right flank and an unmarked Jyoti Ann Burrett made no mistake in finding the back of the net.

Finally, the Hans Women skipper found another breakthrough late in the 92nd minute. She went on to beat the goalkeeper from an odd angle and ensured a hard-fought maiden win of the season for her side in their final game.