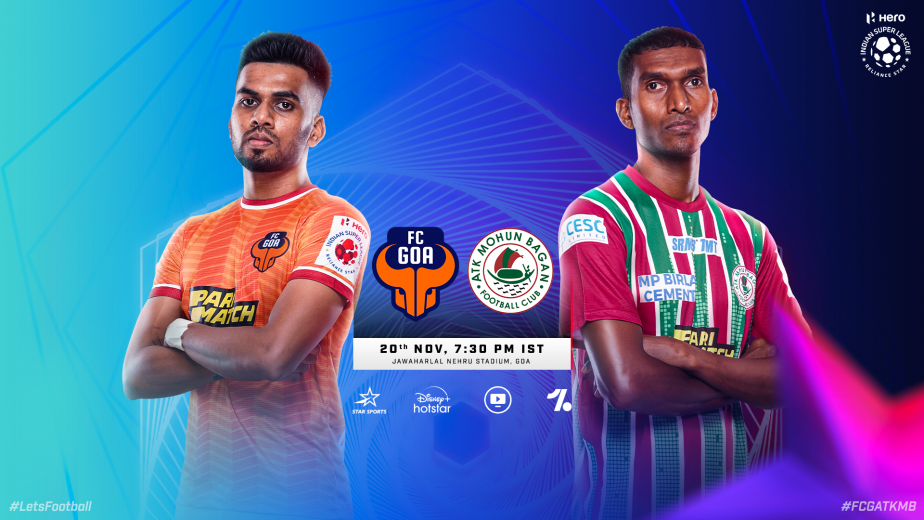 Three points and the third spot of the Hero Indian Super League (ISL) will be at stake as FC Goa and ATK Mohun Bagan clash in a high-octane encounter at the Jawaharlal Nehru Stadium in Goa on Sunday.

Juan Ferrando returns to Fatorda to take on his former team as the Gaurs look for their first win against the Mariners in Hero ISL.

FC Goa suffered a 3-1 defeat against Kerala Blasters in their last fixture. A few key players recovered in time for the game, but the Gaurs could not avoid their second defeat in five games. Carlos Pena will do everything he can to avoid back-to-back defeats for the first time since the end of last season.

Defenders Marc Hernandez and Mohamed Fares Arnaout are fit to play. Left-back Saviour Gama was stretchered off in the last game as Sanson Pereira looks likely to replace him. Up front, Alvaro Vazquez only had one shot on target in the entire game.

“None of us were happy after the last result. We had some chances to score first, but we committed mistakes. It was not our day,” said Pena about FC Goa’s last game. “We have analyzed it, and in the next game, we will try not to repeat those mistakes because the team has been very consistent till now. We were not our best version in the last game,” he added.

ATK Mohun Bagan have not lost a game since their opening-day defeat to Chennaiyin FC this season. The Mariners have won three of their last four matches, and drawn one against Mumbai City FC. Juan Ferrando’s men scored a 90th-minute winner to secure all three points against NorthEast United FC in their last match.

Subhasish Bose scored the last-gasp winner and is expected to start. Pritam Kotal and Brendan Hamill have formed a strong partnership in defence behind Joni Kauko. The creativity will come via Hugo Boumous and pace down the flanks with Manvir Singh and Liston Colaco.

Ferrando spoke about the difference between coaching FC Goa and ATK Mohun Bagan. He said, “The responsibility is the same when you are a head coach. Here [at ATK Mohun Bagan], there is a lot of pressure because everyone wants to win. But the role remains the same. I am responsible for the players, improving the club and finding solutions, just like at any other club.”